There has been a lot written by the corporate media with respect to the executions of two Australians, Andrew Chan and Myuran Sukumaran in the "Bali 9" drug smuggling ring, with many opinions being very polarised on social media as a result. 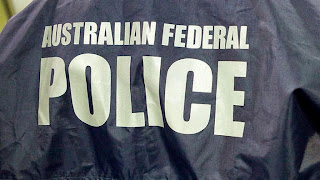 Many people have reacted with emotion and vowed not to travel to Bali for vacations, some have supported Indonesia's death penalty, while others have condemned the action.

In all of this kerfuffle, the media spotlight shone away from the AFP (Australian Federal Police) and their involvement that led to the executions of the two Australians.

Quite simply put the Australian Federal Police aided and abetted in criminal activity and they should be charged.

From a legal perspective, from the Criminal Code Act (1995),

(1) A person who aids, abets, counsels or procures the commission
of an offence by another person is taken to have committed
that offence and is punishable accordingly.

(2) For the person to be guilty:
(a) the person’s conduct must have in fact aided, abetted,
counselled or procured the commission of the offence by the
other person; and
(b) the offence must have been committed by the other person.


There is no doubt that the AFP have committed a 'criminal offence', but who will take that to task?