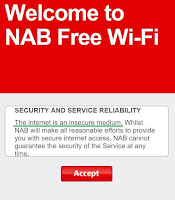 Australians are literally the most tech savvy people on the planet.

They have the highest intake of consumer electronics  (per capita) for inhabitants of first world countries.

There's apps for this and apps that, on popular 'smart' phone operating systems from Apple (iOS) and Google (Android).

Banks are jumping on board shelling out (your shareholder's cash) for apps for internet banking, a task that is literally completely useless, as the same task can also be achieved from an internet browser on the portable device, as the Bank of Melbourne does with their app which in turn opens up a web browser to the bank's website.

(illustration of opening screen once the app has been selected)

Unfortunately technology has a down side and a dark side that is always played down by the 'authorities'. 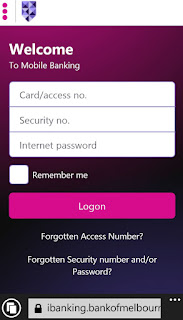 Irrespective of the commercial name whether it's  VISA's payWave or MasterCard's PayPass or your public transport ticketing system, e.g. myki, Opal or Oyster they all run on similar technology, namely NFC (Near Field Communications)  or RFID (Radio Frequency Identification) which can have a range of less than 20cm (approx 8 inches) for NFC to over 15 meters (45 feet) for RFID. 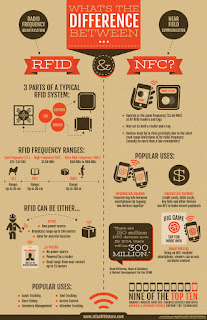 It is not a matter of whether you're a fan of MythBusters, or even believe in their experiments, let alone find fascination with the things they blow up, one fact that cannot be denied is that Adam Savage stated that they were going to document the workings of RFID i.e.


but the major credit card players put a stop to the airing of that episode.

Make no mistake about it, the technologies are easily hackable, meaning the information from your bank issued Mastercard/VISA can be read with relative ease, where the information obtained can be used to siphon your bank account.

Mainstream smart phones are not secure either.

They can be compromised via a malicious app, a 'Trojan Horse' in an email or intercepted communications from a WiFi / GSM connection among other methods. 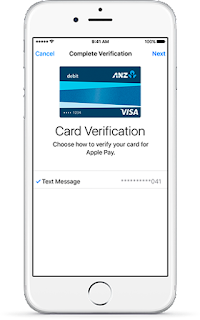 The mass populous (read corporate slaves) are 'encouraged' to use 'smart' phone technologies for internet banking, 'Touch 'n Go (or whatever other corporatised name they call it) / cashless card transactions, while the institutions that gave these cards out to the unsuspecting herd know too well of the vulnerabilities of the technology.

How can you trust a government that mandates you  to use cashless welfare card?

- genocide on Aboriginal people and still does,
- the 'Stolen  Generation'
- sexual exploitation of children in its own hands,
- cover ups of paedophile judges

We do not support or recommend the use of any cashless technologies, for privacy and security reasons.

Note: While it is not difficult to show how easy it is to rip information from credit cards we will not be showing how this can be done, as little doubt that some sociopath pen pusher sitting in some annals of a "government" security department may flag this post as supporting terrorist activity.