Why you can never trust Victoria Police

Victoria Police is supposed to be an arm of the government that apparently 'upholds the right' or 'serves and protects' the general populous, but how can you trust an ogranisation that commits more criminal offences (per capita) than the people they are supposed to allegedly 'serve and protect'?

From its inception Victoria Police was made up of criminals (just really well behaved ones) where this still looks to be the case today.


We've been informed that many people who have had harm done to them in the hands of Victoria Police have been given Compensation forms to fill in, i.e. 'begging' for an amount of cash, up to a maximum of $5,000(?)

We would not recommend  this approach, but rather suing the state of Victoria, the police department and bringing in criminal charges against the police 'officers' who caused your person harm.

It seems like the police are just hired guns, subservient to corporations and not 'law' extorting the masses for cash from unlawful fines, as one example.

What the corporate media will not tell you:

As a result, Victoria Police is also subject to various corporations laws under state and federal jurisdiction.

Victoria Police lie under oath every single day in the courts with zero repercussions, and even laugh about it to the faces of their victims.

Victoria Police state that they shred evidence (e.g. Eugene Matthews - Sunshine Magistrates' Court), a perversion in the course of justice (a criminal offence), and they are still allowed to come to work the next day.

The Victoria Police oath is to a false entities, i.e. the Queen / parliament, where the person swearing the oath is liable for criminal charges which include incarceration.

Victoria Police attitude to their oath of office is "I don't give a sh!t about the oath" (Colin Greenland, Nunawading Highway Patrol).


Victoria Police delete internal video footage that incriminates them, so it cannot be used as evidence against them.

There is no lawful instrument that gives Victoria Police the authority to issue fines.


There are many more actions that emanate from Victoria Police that are criminal, but that can be left to another blog post or few hundred.

We have obtained information that the so called 'lost badges' are sold on the black market, this practice has been going on for quite some time with no action from the government.

Should the government choose keep taking no action, then the lack of action indicates that the government supports the criminal actions of Victoria Police.

Victoria Police are private militia that work for corporations as debt collectors, threatening the general populous with armed robbery, extortion, violence and incarceration.

Make no mistake about it, Victoria Police are not your 'friend', do not work for you (re: Public servants), never have and never will, as they are an arm of the executive.

See article from 15 October 2016 by heraldsun.com.au of the headline:

Victoria Police under fire for sharp rise in security breaches 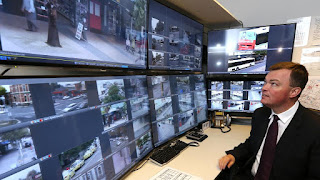 
EXCLUSIVE: VICTORIA Police has been slammed for a massive rise in security breaches which has sparked an unprecedented amnesty for officers.
A scathing government report has found 453 “information security incidents” in the past financial year, up 36 per cent on the year before, fuelling fears public safety was being put at risk.

40 cases of police data released without authorisation; and

21 thefts or loss of an asset.

It can also be revealed police are using their own mobile phones, computers and equipment to record critical data.


OFFICERS were capturing, storing and sending intelligence on their personal phones and computers, meaning the data was taken to crime scenes and unsecured locations.

SIGNIFICANT volumes of law enforcement data was being stored under desks and in personal lockers, rather than being securely filed.

UNSWORN staff had “limited or no awareness” of data security procedures and received no training about it even though they had “substantial and significant” exposure to intelligence.

Victoria Police moved to set up an amnesty so that “personal holdings” of law enforcement information among officers could be archived or destroyed.

Opposition police spokesman Edward O’Donohue said public safety could be at risk as confidential police information found its way into the community. 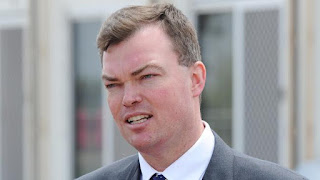 “Victoria Police data security breaches have increased a staggering 36 per cent with police identity and other information lost,” he said.

The force’s security incident registry shows of the recorded 453 incidents last year — up from 332 — one was considered to be “major” and 20 were deemed to be of “moderate” concern.

Mr Watts surveyed more than 2000 officers, many of whom admitted to ignoring security policies so they could work more efficiently.

“Personal holding of law enforcement data continues to have a high likelihood of occurrence driven by limited storage space, a continued reliance on hard copy as well as electronic data, and the belief in the need to capture personal records of work activities,” the report said. 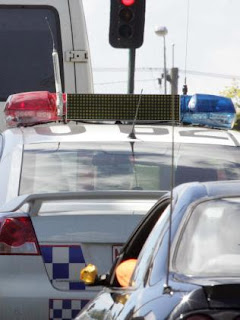 Peter Morrissey SC, one of the state’s most respected criminal barristers and chair of the Criminal Bar Association, told the Sunday Herald Sun that slack data protection protocols were a serious threat to the integrity of the justice system.


(Photo Mr Watts surveyed more than 2000 officers, many of whom admitted to ignoring security policies so they could work more efficiently. Photo: Supplied)

“The problem is they need to have strong guidelines so that they know that if they capture information off the grid, as it were, then it is clear that they have to get it back on the grid. The informant, or co-ordinator of any prosecution, needs to know.”


Mr Morrissey said data integrity could be improved if more officers were recruited. “One way of ensuring data is kept properly is employing more police so they have time to properly handle and file information,” Mr Morrissey said.

Mr Watts is expected to hand his final report and recommendations to Victoria Police soon.

The State Government did not comment by press time.