Victorian cops using and trafficking drugs according to anti-corruption investigations 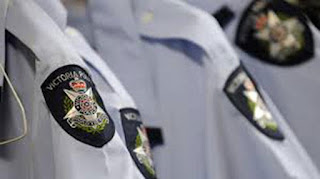 The report exposed evidence of illicit drug and identified serious deficiencies in the handling of drug issues by the force, according to the Independent Broad-based Anti-corruption Commission (IBAC).
The Commission conducted three operations into the possession, trafficking and use of illicit drugs by police officers since 2014, as part of investigations Operation Apsley, Hotham and Yarrowitch. 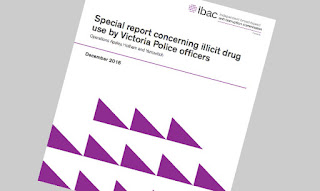 "Police officers cannot be selective in choosing which criminal laws they will obey," IBAC Commissioner Stephen O'Bryan QC said in a statement.

"Our investigations found that while most of the police officers investigated were aware they were engaging in illegal conduct, they rationalised their off-duty criminality as being separate to their obligations as police officers.”

The commissioner called illicit drug use by police officers “unacceptable” and said it adversely impacted public safety and undermined the community’s level of trust and respect for police and the law.

“Illicit drug use, possession and trafficking are criminal offences which contravene the oath or affirmation sworn by all police officers, as well as contravening the professional and ethical standards and values Victoria Police are required to uphold," he said. 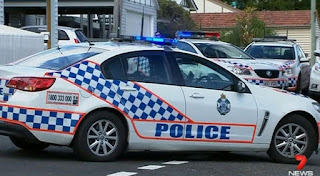 
Victoria Police's alcohol and drugs policy stated illicit drugs use was not tolerated but there was some "ambiguity" around the consequences of illegal drug use, IBAC said.

In saying illicit drug use by police was a “serious problem with significant ramifications”, the anti-corruption commission added that the activity exposed officers to compromise and corruption, which left them vulnerable to blackmail or coercion.

The special report on illicit drugs is the fourth this year relating to IBAC's oversight of Victoria Police.

Police have accepted the recommendations and committed to reviewing policies and practices, with a progress report due on June 30 next year, IBAC said.

Victoria Police must provide IBAC with a final report by June 30, 2018.