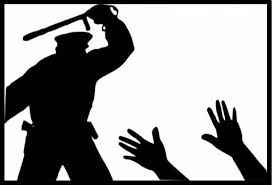 You don't have to even be a constitutional lawyer to know that 'domestic violence' is not on, as it's even mentioned in our founding document called the Commonwealth of Australia Constitution Act, or the 'Constitution' for short, right?

Protection of States from invasion and violence
The Commonwealth shall protect every State against invasion and, on the application of the Executive Government of the State, against domestic violence.


Pity some people have not read the "Quick and Garran" especially the section;

where there is no reference to violence at a private residence only at state level.

Just like, some "facebook lawyers" even claim that the herd population of Australia have the right to "bear arms"(as if the 'administration' would allow that !!!) according to (Australia's) Constitution, while showing a picture of the 2nd Amendment to the Constitution of the United States of America. 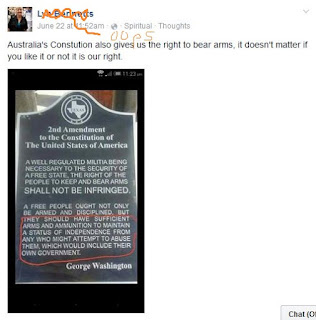 Go figure, and if you point the 'error' of this institutionalised person's post, you get 'de-friended'.

That damn pesky 'Constitution' is claiming a few MP scalps especially those dealing with Section 44.

There are plenty of words in the document, where one can keep in mind the following:

"As Tony Fitzgerald stated, “ Skilled police are acutely conscious of how laws can be
circumvented or broken without penalty. The better they are at their job, the more they
learn. ..” (38)"