Police and media lies regarding mobile phone surveillance on you 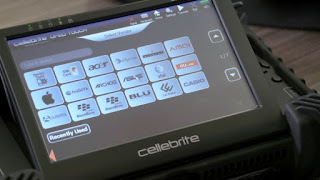 (Israel's Cellebrite system can extract data from a variety of phones.)

In an article by the Rupert Murdoch media on a seemingly innocuous ex Auburn deputy major Mr. Salim Mehajer, the propaganda machine is out in full force. 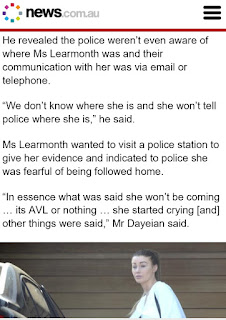 From the screen capture above, paying attention to the following two sentences:

He revealed the police weren’t even aware of where Ms Learmonth was and their communication with her was via email or telephone.

If you have your mobile phone on your 'person', then the police do know where your are.

The information of where you are located can be obtained in a number of ways.

If you are using the older style phones which are not smartphones, which only have voice and SMS capabilities, the GSM technology they use already has approximated location technology built in via the GSM protocols in conjunction with mobile phone tower triangulation.


If you are using a smart phone then your location is more precisely known via 'back doors' to the smart phone.

This information is obtained from the telcos by police without warrants.

The statement that police do not know your whereabouts is a blatant lie.

Police spy on web, phone usage with no warrants

LAW enforcement and government departments are accessing vast quantities of phone and internet usage data without warrants, prompting warnings from the Greens of a growing ''surveillance state'' and calls by privacy groups for tighter controls.Figures released by the federal Attorney-General's Department show that federal and state government agencies accessed telecommunications data and internet logs more than 250,000 times during criminal and revenue investigations in 2010-11.

The Greens senator Scott Ludlam highlighted the statistics while calling for tighter controls on access to mobile device location information.

''We've already taken some pretty dangerous steps in this country towards the surveillance state, and not that many of us are either interested or aware that it's going on, including people like me who should know better.''

Access is authorised by senior police officers or officials rather than by judicial warrant.

Federal agencies making use of telecommunications data include the Australian Federal Police, Australian Crime Commission and Australian Taxation Office, departments including Defence, Immigration and Citizenship, and Health and Ageing, and Medicare and Australia Post.

Data is also accessed by state police and anti-corruption bodies, government departments and revenue offices, and many other official bodies.

The largest user of telecommunications data in 2010-11 was Victoria Police with 65,703 authorisations. It has reported an increase of more than 50 per cent in authorisations over two years ''as investigator knowledge becomes more widely known, technology changes and auto processing have simplified the process''.

No statistics have been released for telecommunications data access by the Australian Security Intelligence Organisation.

The scale of telecommunications data mining by police and security agencies has also been illustrated by the release under freedom-of-information laws of a ''highly protected'' report on a single AFP-Defence Department leak investigation conducted from 1999 to 2001.

In an effort to identify the source of leaks of secret intelligence reports on East Timor, the federal police and Defence security investigators accessed phone call records of nearly 14,000 phone services totalling more than 77,000 phone calls.

In a recent policy statement the Australian Privacy Foundation noted that it was now easy to track smartphones and tablets ''in real time, or retrospectively''.

''Where any form of handling of location data is authorised by law, the authority must be specific, justified, proportionate and controlled,'' it said.
Posted by AuCorp at 6:54 PM

Can anyone shine a light on Fines Victoria and their ABN which up till recently was as CCV'S.
Also who the "Director" is if one has been appointed.