POLICE have revealed that a senior officer has been charged with “sexual intercourse without consent” and “assault with an act of indecency”. 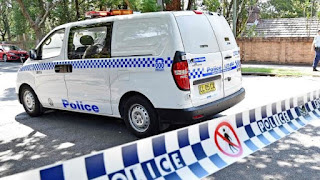 A SENIOR police constable has been charged with rape following an alleged attack at a NSW home.

NSW Police will allege that the off-duty officer attended a home in Tamworth about 3am on January 22, where two assaults occurred.

“The incidents were reported to officers attached to Oxley Police District on January 25, and an investigation immediately commenced,” a spokesman for the force said.

“After extensive inquiries, a 27-year-old man was arrested at a property in the Canobolas Shire, following the execution of a search warrant.”

The man was taken to Dubbo Police Station where he was charged with sexual intercourse without consent and assault with act of indecency.

He has been granted conditional bail and is due to appear at Dubbo Local Court on April 18.
The officer has been suspended.
Posted by AuCorp at 7:06 AM