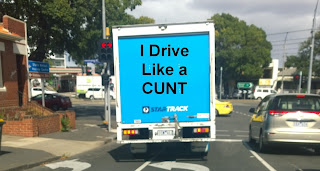 Some people who think they're a 'freeman on the land' may believe they have a right to be on the King's highways and byways, where that may have been true once upon a time (the 'travelling part, and not the 'freeman' BS, silly), but since the corporatisation of this country, people's so called rights have been taken away and transferred to privileges, benefits and services.

The governments of each state have been handing over driver licences to all sorts of garbage that realistically should not be on the road, with regards to their incapacity to comprehend the road rules and causing dis-ease among other travellers.

As usual the people in government don't give a stuff whether the person truly has the mental or physical capacity to be behind the wheel, where what counts is that the cash is handed over for the licence, taxes paid and lots and lots of fuel is used (high tax content) for the government to profit from.

On the back of a donkey one week, and behind the wheel in Australia the next. 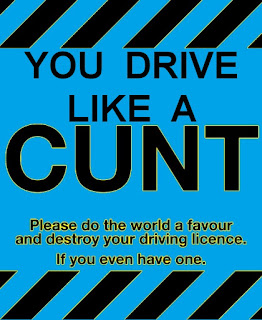 If you take a look at "Star Track" in action these days, being a cunt appears to be official policy. Especially staff that claim to be sub-subbies eg. delivering auspost consignments in a Star Track vehicle but claiming not to be affiliated with either though their 'Fuck You Goy' Attitude is clearly supported by both of these companies who just like telstra no longer depend tax payer support so could give zero fucks