Karen Chetcuti was betrayed by the state 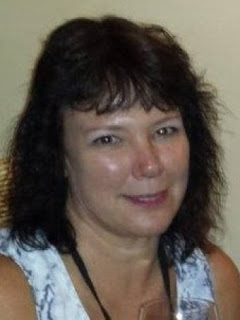 In this colony, victims of crime are all too often (deliberately) 'betrayed' by the legal system.

To deter the serfs from taking legal action and in order to keep the system going any legal action usually comes at an exuberant cost.

In order to prove someone's innocence or even obtain some sort of miniscule remedy, many people have lost their life savings or even a home or two in order to pay for legal costs, where those funds are also used by lawyers to pay for their children's holidays in France.

This legal atmosphere is not about to change any time soon, but rather law makers are focused on;

- the curbing of the serf's alleged rights to free speech in a so called alleged democracy,

- pushing up the cost of infringement notices ,

- punishing any person exposing criminal activity (called whistleblowing) of those in government or other positions of authority,

- association with other groups of people, under the VLAD (Vicious Lawless Assiciation Disestablishment Act 2013) law which is not only an assault on civil liberties, but will also later encompass all sorts of associations, even girls scouts or knitting nanas (against gas and greed).

This is all part of the nanny state or something we call 'penal colony policy' that is implemented in Australia.

So how can one ask/beg to obtain a true remedy from the people who work in the court system whose function is to support those in government?


See article from 10 May 2019 by the Australian Broadcasting Corporation of the headline:

The family of brutally murdered woman Karen Chetcuti, whose killer was a rapist on parole, is suing the Victorian Government for her wrongful death.

Michael Cardamone was on bail for raping a 15-year-old girl when he sedated Ms Chetcuti with an animal tranquiliser, bound and gagged her, injected her with methamphetamine and battery acid, fractured her skull then burned her alive.

Cardamone later drove over the mother-of-two, who was 49 at the time, in his car.

A court heard the convicted rapist was motivated by his "sexual interest" in Ms Chetcuti, who was his neighbour in Whorouly in north-east Victoria.

Cardamone was jailed for life without parole last year after being found guilty of what the sentencing judge called the "horrifying, depraved and disgusting" murder.

Ms Chetcuti's former husband Tony Chetcuti has filed a writ in the Supreme Court of Victoria, claiming damages against the state of Victoria for the wrongful death of his wife.

Karen and Tony's two children are expected to file separate claims for dependency, alleging they had lost financial support after their mother's death.

"Mr Cardamone still had six months of his parole left. So what we say, he was basically left unsupervised, unmonitored, and to his own devices in Whorouly, which bordered Karen Chetcuti's property," Mr Suta said.

"He was supposed to be monitored, he failed drug tests and the like, and what we say is that there was a complete and utter failure on behalf of the state of Victoria in order to monitor his movements, and impose relevant restrictions on what he did on a daily basis." 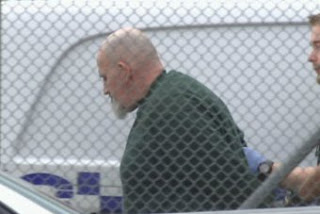 Mr Chetcuti is seeking damages for pain and suffering, medical expenses and other damages yet to be quantified.

He has requested the trial, expected to happen next year, to take place before a single judge in Wangaratta.

Photo: Michael Cardamone was on parole for raping a 15-year-old when he murdered Ms Chetcuti. (ABC News)

The Cardamone case was the first time in Victoria a person without prior murder convictions had received a life sentence without parole after pleading guilty to the offence.

Cardamone's lawyers filed an application for leave to appeal his sentence in September 2017. A hearing date has not yet been listed.

The Victorian Department of Justice declined to comment as the matter was before the court.