Sheriff cashing in on expired warrants

WARNING: The Victorian government is involved in a crime spree, where the unsuspecting motorist is the victim. 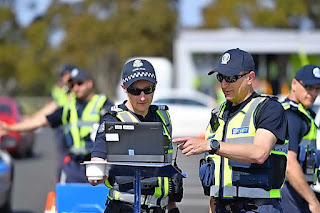 There are a few technicalities where the so called sheriff is acting upon seizures of goods or motor vehicles unlawfully, to be more specific, without the correct paperwork being presented, where also one of the main 'technicalities' is that the deputies are cashing in or trying to cash in on expired (alleged) warrants.

According to the law, in particular the Road Safety Act of 2006, under Part 6, Section 94, warrants are VOID after 5 years. 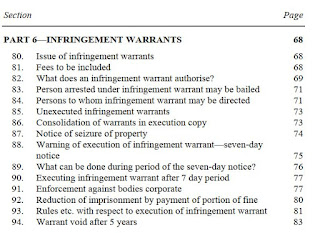 MANY people have been duped by the officers who state that the person MUST pay the alleged 'oustanding' warrants, where on a spreadsheet style, a summary is presented where some of the alleged warrants are expired by four or five years.

IF your person has been defrauded of funds by the so called Victorian Sheriff, then you may want to seek a remedy.

Please note that ANY so called warrant MUST exist in its correct format, where an execution copy is to be attached.

This document also provided a set out why the purported Infringement Court act unconstitutionally.
.
Now (considering my elaborate and yet limited writings) is it in the hands of the Independent Broad-based Anti-corruption Commission as to alert police that is shouldn’t enforce any unconstitutional LOCKDOWN government demands.

Newer information regarding, in particular, the ABN of The Sherriffs Dep needs updating as the one shown is null and void out of 5 listings in ABN Lookup