Can’t get a home loan? Too many Uber Eats! 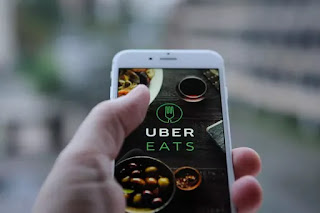 As time goes by more and more data is collected on you, where at a later point it is used against you.

One of the best data emitting devices around at the moment is your trusty smart phone, where authorities and corporations want you to be glued to it.

In New South Wales, apparently it's mandatory to have a mobile phone.

Under which Act this was put into 'force' is another question.

Data gathered from smart watches and fitness trackers will also be used against you with a much more detailed look into your life.

Corporations want you to use your smart phone for everything, from payments, social security transactions to travel, booking eateries and other services for their benefit and not yours packaging all this up as ‘convenience’ and not it’s true purpose that being data collection for allegedly a ‘better user experience’ or some other utter garbage marketing term.

Banks are the largest corporations committing criminal offences in Australia, apart from probably the governments (federal and state) themselves, where they are still allowed to operate in this colony.

With the advent of the royal commission into banking, the people have not been left better off but rather put deeper into slavery but this time under a more powerful microscope, another step closer to China’s perfected social monitoring and scoring system, which Australia already implemented a derivative of this quite some time ago.

So, now that banks have been given more access to your data, they can peer into your life with a greater fine tooth comb, where home buyers reaching out for a loan have been rejected for having too many Uber Eats in a week.

So, many would have scoffed at the ‘can’t get a home loan, blame it on the smashed avo’ touted not that long ago.

The more you pay for your almond milk weak decaf latte (also known as a ‘why bother’) or your two cigarettes by smart phone/card, the more you are supporting the corporate slavery agenda doing yourself and (more importantly) the community harm.

In order to stay ‘relevant’, health insurance companies will now be given access to the data you have created, where if you’re a regular at McChucks you might not be able to obtain heart attack/diabetes insurance, where if you bought those food like items for cash you might have ‘gotten away’ with it.

Through human's ignorance and laziness, card transactions over the past four years have gone up from 40% to 80%, obviously signifying that they are quite content with the slavery they're in.

The sheeple's actions have spoken, the problem there is that they're taking down a lot of other good people with them.