A PROHIBITION law dating back to 1887 has forced the closure of an award-winning Ocean Grove business and brought into question 39 liquor licences in the town. 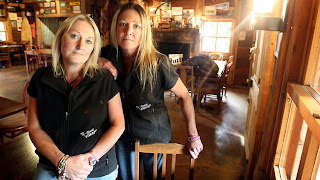 Sisters Tiffany Trickey and Jodie Harvey, whose family has owned the Bark Hut and Ti-Tree Village holiday park for more than 30 years, shut their doors in April after the City of Geelong was unable to renew their land-use permits.
They could not put up the hefty fees to go to the Supreme Court to fight the covenant, which bans the sale of alcohol and could affect the 30 permanent and nine temporary liquor licence holders in the town when they come up for renewal.
Ms Trickey said it had been devastating for them.
"We've all lost our jobs," she said. "We had such a great all-girl team and we've had to say goodbye to them all."
The City of Greater Geelong discovered that 2500 homes and businesses within the original town boundary were still bound by the religious ban, which was thought to have expired when an existing restaurant sought to renew its licence.

After a four-year fight, Olive Pit cafe owner Michael Dowsley won his Supreme Court case to overturn the covenant on his property. 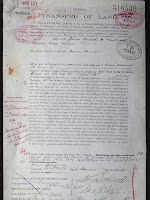 However, new businesses were awarded planning permits by the City of Greater Geelong, despite a covenant also existing on those sites.
Mr Dowsley said the legal costs had been up to $20,000 for something that seemingly could have been waived by council officers.
Geelong Otway Tourism head Roger Grant said the ban could have a dire impact on the town's hospitality and tourism industry.
Mr Grant questioned why some traders within the original town boundary had been refused licences, while others were allowed to trade.
In a letter to Ms Trickey and Ms Harvey, City of Greater Geelong officers indicated they would consider taking up the fight to overturn the covenant. But Geelong CEO Stephen Griffin admitted officers' hands were tied for now.
"Council is unable to issue a planning permit that would result in a breach of a restrictive covenant," Mr Griffin said.
The rule was originally enforced by Methodist Church town founders in 1887, with most people believing it had expired in 2006.
Ocean Grove Uniting Church Reverend James Douglas said some Methodists within the congregation were against the sale of alcohol in the town.
But, he said, most in the congregation supported the sale of alcohol at restaurants provided it was monitored responsibly.
"I can't speak for everyone but I don't imagine that our congregation would object to a slight loosening or a removal of the covenant and a reversion to the usual liquor licence process," Rev Douglas said.
Member for Bellarine Lisa Neville said she would follow up the matter with the City of Greater Geelong, to help local traders.

Here is an example of the Nanny State.

Old laws used against the populous, for whatever benefit to the establishment.

The general populous can also draw on 'old laws' , but no one bothers.