Commonwealth of Australia registered with the US Securities and Exchange Commission

Here is a document from the Office of the Attorney-General from February 2015 stating that the Commonwealth of Australia is registered wit the United States Securities and Exchange Commission as a foreign government. 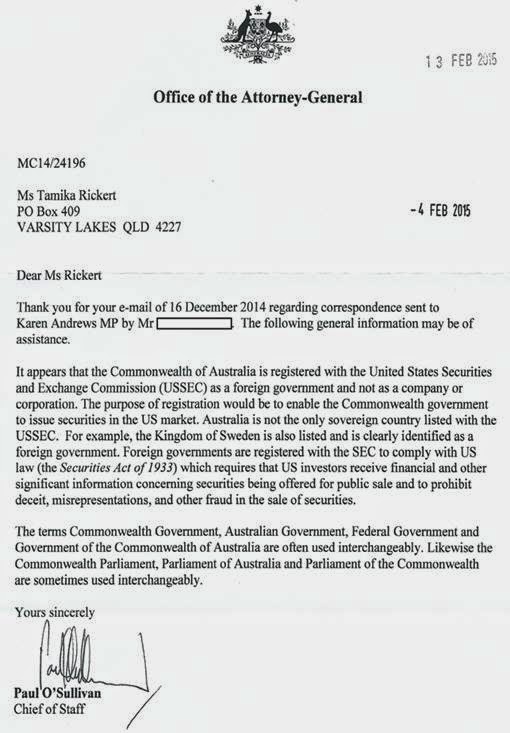 This document is in breach of the Australian Constitution.