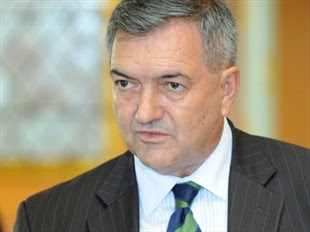 A controversial planning provision granting the NSW government sweeping powers to approve major projects has given the state too much discretion and should be reformed, the corruption watchdog says.

Introduced in 2005, Part 3A gives the NSW planning minister consent authority for major projects deemed to be of state or regional significance.

But the sweeping powers have led to frequent clashes with councils and community groups, angry at being locked out of the planning process.

In a report released Monday, the Independent Commission Against Corruption (ICAC) said while there were no examples of corruption under Part 3A, the consent powers granted to the minister created a corruption risk.

Among its 20 recommendations, ICAC called for the independent Planning Assessment Commission (PAC) to be given control of private sector applications which exceed development standards by 25 per cent.

It also called for changes to how members of the PAC are appointed, while limiting how long they sit on the commission.

The planning minister currently has the power to appoint and dismiss PAC members - a process ICAC wants to be independently scrutinised.

"The Part 3A system is characterised by a lack of published, objective criteria," the report says.

"There are also various elements of Part 3A that are discretionary, particularly as regards residential and commercial development, which are prohibited or exceed existing development standards.

"The existence of a wide discretion to approve projects that are contrary to local plans and do not necessarily conform to state strategic plans, has the potential to deliver sizable windfall gains to particular applicants.

"This creates a corruption risk and a community perception of a lack of appropriate boundaries."

NSW Planning Minister Tony Kelly said the government would consider the recommendations as part of a five-year review of Part 3A.

But he defended the provision, saying ICAC's failure to find any corruption associated with Part 3A approvals showed it had been unfairly tarnished by the government's political opponents.

"The facts of the matter are that we do need some policy, some sort of a framework that we can get through large development applications," he said.

"We need to have some overarching planning system that gives some kinds of consistency."

He said the ICAC report, which recognised the importance of Part 3A, was a blow to the NSW opposition's pledge to scrap it altogether.

However, opposition planning spokesman Brad Hazzard criticised the broad definition of state and regionally significant projects under Part 3A.

If it wins the March election, he said the coalition would narrow the scope of projects determined by the planning minister and the PAC, with "by far the bulk of planning issues" going back to local government.

"As we go into 2011 there is no question in my mind that the whole reputation of Part 3A has become tainted," he said.

NSW Greens MP David Shoebridge said the report was a "damning assessment" of Part 3A.

"The Greens have been calling for an independent state planning commission to assess state significant projects for some time," he said.

Corruption is part of the deal in politics and government.

Many tenders are made fraudulently with overinflated prices, with monies from the tax payers to business colleagues, personal friends or freemasons from the lodge, of the people involved in government.

Many of these deals are done in secret and NEVER exposed.