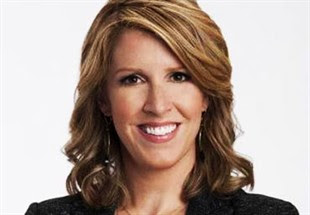 An American TV weather girl who claimed she was raped while jogging was arrested after it was found that she made up the attack in an attempt to gain sympathy.

Heidi Jones, who was the anchor of WABC-TV's weekend weather forecasts and filled in on prime-time show Good Morning America, was suspended by her employer yesterday after it was revealed the rape she reported to police never happened.

Jones told police last month that a Hispanic man attacked her in Central Park on September 24, dragged her into a wooded area and tried to rape her. He was scared off when two tourists saw the incident and screamed, New York Daily News reports.

She also claimed that he somehow found her two months later on November 21 and threatened her, saying "I know you went to the police."

Police were curious as to why Jones took so long to report the crime and launched an in-depth investigation into the matter.

Yet they could not find any video or witnesses who saw the event and Jones remained vague about the details.

After being confronted with some inconsistencies in her story, Jones admitted she had made it up because her relationship was going badly and she wanted sympathy.

Jones will face court in January and could face up to a year in prison if she is convicted. It is believed that she will be fired from WABC-TV after an internal investigation.

Another trailer park trash that thought she could get away with false police statements.