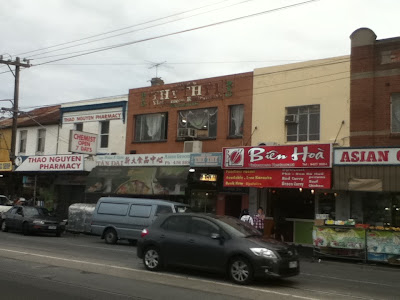 Drug deals are taking place in front of restaurants, fruit shops, in front of people including families with children.

Children are being exposed to witnessing illegal drug transactions as well as activities with no intervention of police whatsoever.

In a half an hour period, 4 drug deals were witnessed, where in one of the deals, the drug seller must have been short changed, as when he counted the monies, he shouted expletives, and became agitated.

This is not news as locals and authorities are well aware of these facts, but chose to do nothing.

Police have warned motorists that they will be out in force to catch speeding motorists (raising revenue), but when speed is sold on the streets, there are no police about.

The government has very little interest in reducing the drug trade, as it usually associates 'the scum of society' to be involved in the consumption of drugs, to which it has very little regard for their well being.

It is more profitable (officer's time vs revenue obtained) to take money from speeding motorists, than to combat the illegal drug trade.