A CASEY Council planning committee meeting has given the nod to a controversial super-size mosque in Doveton. 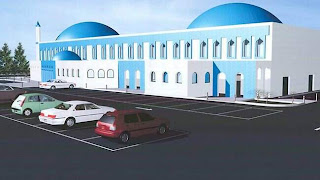 During the meeting last night, councillors backed an officer’s report recommending issue of a notice of intention to grant a permit, against a background of stiff objection from neighbours and others.
More than 1900 signatures and 30 letters objecting to the $2.5 million Afghan Mosque Project Committee development on industrial land in Green St were submitted to the council in a bid to block support for a permit.

Cr Wayne Smith told tonight’s meeting he believed as many people favoured the mosque going ahead as opposed it.

"But those opposed have been more vocal," he said.

"This issue will probably go to VCAT for resolution. I accept all the views I have heard, but we must be bound by planning laws and I believe that means supporting issue of a permit in this case."

Cr Rosalie Crestani, opposing the mosque, said she believed it was an inappropriate development in an industrial area.

"It is out of character with the neighbourhood and I believe there will be problems enforcing permit conditions, especially linked to crowd numbers and parking in streets," she said.

Outside, one of the project’s strongest critics, Daniel Nalliah, of the Rise Up Australia Party said it had been a vicious campaign in which death threats had been made.

The mosque committee is desperate to relocate from Photinia St, because of complaints about car parking, crowds and noise there.

Neighbours of its Green St site have expressed similar fears about establishment of a mosque on land close to their homes.

The council's manager of planning, Duncan Turner, said all aspects of the mosque relevant to a planning permit had been thoroughly examined.

"We have come to the conclusion this project can meet all conditions we have imposed and that has led to our recommendation it should be supported,’’ he said.

The mosque will have a 105m frontage on Green St - the equivalent of four house blocks - and provide 214 parking spaces. The minarets can be up to 11.5m and it will hold up to 600 people during festivals.

Neighbour Margaret Monssen said she believed the project should have been better advertised.

"No one saw a sign on the site. We didn't know anything until we got a letter to tell us what was happening a few days before submissions closed,’’ she said.

"It's a monstrosity of a thing and the traffic will be unbearable.’’

Council planning manager Duncan Turner said a public notice was displayed on the site and letters were sent to residents abutting the rear of the proposed mosque.

Director of Archivision, Louie Asiaee, in a letter supporting the permit application, said an industrial zone was chosen in a bid to avoid complaints of the type experienced in Photinia St.

Apparently in a 'democratic' system, the people have a right to vote to obtain a particular outcome.

Not so in Australia.

As part of the newly created ELS (Exposed Legal Secrets) category of corpau, local city councils are fraudulently masquerading as part of government which they are not.

The corporate media currently has a blanket silence policy on this topic, along with many others.