How to get away with - Assault

Australia is long touted as a ‘lucky country’, especially by the corporate media, tourist organisations as well as other authority outlets. 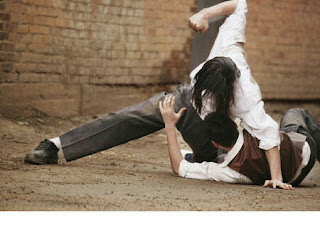 This is especially true if you are a criminal in the corporate sector, which can filter all the way down to the common criminal, and you are supported by the brotherhood.

But really has this mystical force called ‘luck’ got really anything to do with it?

The Anglo Masonic ‘elite’ that came to Australia to put in place laws, did so to the exclusive benefit of their brethren, at the expense of the general community or rather the non Masonic folk.

Australia’s financial and legal systems, as well as others, are occupied and run by high ranking freemasons purely to the benefit of their own.

Australia’s courts are corporations (businesses) and are run as such.

One of the objectives is to obtain finances (i.e. to give a fine / penalty notice) from the attendees which are processed by theses corporations.

Police may use various methods to bring the perpetrator to the courts within the specified time frame.

A common method of entrapment that police use is one that if they are unable to locate the offender, they inform others that there is an ‘urgent’ matter, requiring the offender  to attend a police station (or Cop Shop, as known colloquially), which is something that one is NOT obliged to do.

The matter is urgent, no doubt (for the police), but not for the charged.

The general public are not aware of the many legal secrets the Anglo Masonic forefathers have brought to this country, as controlling the herd population is one high priority objective.
Posted by AuCorp at 9:58 AM