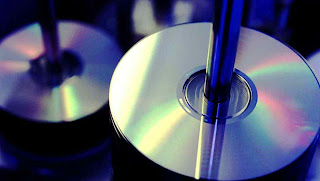 The company alleged police and other agencies were using 16,500 copies of its software on various computers when police were only ever entitled to 6500 licences. The group initially alleged $10 million in damages but later increased this to $12 million after reviewing the results of a court-ordered, $120,000 KPMG audit of the NSW Police Force's computer systems.

The police force maintained during the court proceedings that it had paid for a site licence that entitled it to unlimited installations of the software for all of its officers.

No internal documents were handed over to Fairfax Media as part of its government information access request.
Darren Brand, Senior Sergeant co-ordinator at the NSW Police information access and subpoena unit, denied a request for documents relating to how much was paid to Micro Focus as part of the settlement, and why the matter was settled out of court.

Mr Brand did however divulge that no one was sacked as a result of the legal action by Micro Focus and the legal costs for the case totalled $1,829,709.29.

''To put these costs in context, Micro Focus has claimed as much as $12 million in damages,'' he said.

Mr Brand said there was a stronger public interest against releasing all of the information requested. He said it would ''breach'' the NSW Police Force's obligation to maintain the confidential terms of the settlement.

Mr Brand also believed the release of that information ''could result in further legal action against [the police force], which would incur further expenditure of government funds''.

But Sydney piracy investigator Michael Speck said it "beggars belief" that the NSW Police Force had continued to pursue the case even after all other government agencies had settled.

"One can only assume [it] was motivated by ready access to the public purse," Mr Speck said.

"They have settled the case after fiercely resisting it on commercial terms that include the settlement being confidential. You'd have to wonder how the confidential settlement sits with the obligation that police have to properly investigate and report on alleged misconduct."

Mr Speck said the public deserved to know if police had properly investigated the matter internally, if they had taken steps to ensure something like the matter never happened again, and if action would be taken against the individual who allegedly set it on the path of software piracy.

Corruption in the police is widespread.

This corruption is supported by the government.

When a 'civilian' reports this corruption, there is no response from but rather a vendetta by authorities.