Banks use tax havens to conceal

Why does BHP have offices in the Swiss town Zug? Why did the Commonwealth Bank previously make such a handsome profit in Malta? 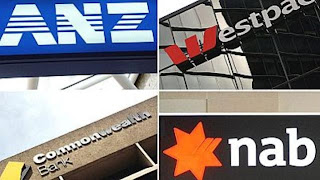 Why does Macquarie control 49 entities registered in the Cayman Islands, 18 in Bermuda, nine in Mauritius, six in the Isle of Jersey, four in the British Virgin Islands, two in Aruba and one apiece in the Dominican Republic, Isle of Man, Curacao and the Netherland Antilles?

Is it that the bank has diversified its island operations between the Caribbean Sea, the Indian Ocean and the English Channel in case there is a tsunami?

No, this significant island presence is complemented by 14 entities in Luxembourg, 58 in Ireland and four in landlocked Switzerland.

What all these places have in common is that they are tax havens. And the reason companies, funds and trusts are registered in such exotic locations is that they have something to hide.

Most often, but not always, that something is profits. It would do no good, for instance, for this reporter to inquire why Macquarie's

One can only surmise that if the shareholders and directors of this Caliburn wanted their business known more intimately by the public they would not be locating it in the Caymans.

Same deal for Rupert Murdoch's News Corp, with its 19 Caymans companies, 17 entities in Mauritius and a prolific 25 in the British Virgin Islands.

This is not to say, as a generalisation, that there is anything wrong with minimising tax. Within the law, it is perfectly acceptable to get your tax bill down. Just as, in a democracy that holds dear to the principles of free speech, a journalist is perfectly entitled to say, for instance, that Google Australia is a disgrace for paying almost no tax on its billions in income in this country.

Google - which shifts its profits offshore to low-tax jurisdictions - is a worse offender on aggressive tax plays than Macquarie or News.

For governments and their citizens around the world, however, the law is proving to be a blunt and clumsy instrument when it comes to enforcing tax.

If Joe Citizen pulls off a $2000 swiftie on the social security apparatus he could invite a stint behind bars for his second offence. If Joe Corporation Limited pulls off a fancy $200 million tax scam and is pinged by the Australian Taxation Office, it merely behaves in an indignant and victimised manner, cites its expensive legal advice and appeals the impertinence of the taxman in the Federal Court.

Joe Citizen picks up a good deal of the costs - the silks, the solicitors, the lot - even if Joe Corporation loses. Appealing and appealing again are deductible expenses of doing business.

The point of all this is that tax is soon to be an increasingly public issue globally as governments struggle to fund their deficits in the face of ever more sophisticated corporate tax frolics.

But, the taxman is turning up the screws - as evinced by last week's judgment in the Federal Court, where Justice Richard Edmonds tossed out Macquarie's application for an injunction to stop the ATO from issuing amended tax assessments for 2006, 2007 and 2008.

An amended assessment, potentially in the vicinity of $295 million, poses not merely financial risk but reputational risk too.

Which brings us to last month's story here that Sydney Airport had paid no tax since Macquarie bought it in 2002.

We are going to undertake a ''reverse James Hird'' here - that is, do the opposite of saying sorry while not really meaning it and claiming to have done nothing wrong.

While the story was correct, and we don't apologise for it, it did suffer from an error of omission for which we owe further clarity on Macquarie's behalf.

Thanks to its trust structure, it is the investors, rather than the airport, which are obliged to pay tax - not that they necessarily do (vid the ATO's investigation into the redeemable preference shares).

Still, trust or not, this stuff needs to be tightened up.

As one of the finest tax brains in the country chuckled in the aftermath of the story: ''It's a 'zero leakage' structure, as we call it in the tax trade''!


The BIG banks have been doing this for generations with NO intervention from authorities.

If the 'little people' try to set up accounts of shore, they are investigated by the tax department, and labeled as fraudsters.

While corporations do the same thing they are given tax concessions.

The corrupt Anglo-Masonic elite work for the corporations at the expense of  the 'canon fodder'.

Corporate fraud at its highest SUPPORTED by the authorities.
Posted by AuCorp at 8:52 AM