COUNCILS have been told to get back to basics after a major survey revealed that many residents are unhappy with the management of core services.
The State Government study of nearly 30,000 people found that most Victorians want their councils to focus on the three Rs - roads, rubbish and lower rates.

It comes after strong criticism of councils for running political campaigns, such as using ratepayers' funds for the failed referendum bid to include local government in the federal Constitution. 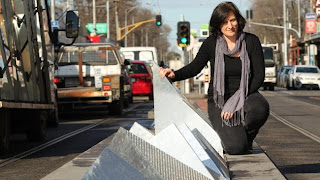 More than 90 per cent of survey respondents said their municipalities could improve, with low scores given for management of roads, population growth, planning policy, parking facilities and footpaths.

Only about half of all Victorians believed that overall municipal performance was good or very good, while 35 per cent said it was average and 14 per cent rated it as poor or very poor, according to the Statewide Local Government Services Report June 2013.

"As in 2012, Victorian councils tended to score lower than their overall performance rating on community consul tation and engagement, advocacy and particularly, overall council direction," said the report.

Planning Minister Matthew Guy said that while some councils performed well, others "need to go back to basics and focus on roads, rates and rubbish".

"The City of Yarra is an example of one which is caught up in an ideological war over the East West road tunnel rather than focusing on its core responsibilities," he said.

But Yarra mayor Cr Jackie Fristacky hit back, saying that the council prided itself on its community consultation and had won countless awards for its service level.

"They want to believe that Yarra is ideological - we're not," she said.

"On issues such as the tunnel we are a council that believes in evidence before action."

"They should be focusing on roads, rates and rubbish, not trendy thought bubbles," he said.

The report found that most ratepayers expected councils to live within their means - those preferring a rate rise in exchange for better services fell from 40 per cent in 2012 to 36 per cent this year.

On the positive side, the proportion of residents who believed their council was heading in the right direction rose slightly to 69 per cent this year, while those who thought it was going the wrong way fell from 23 per cent to 20 per cent.

On a scale of zero to 100, inner Melbourne councils rated best for overall performance with a score of 66, outer metro councils scored 62, regional centre councils got 60, small rural shires scored 59 and larger ones got 57.

Local Government Minister Jeanette Powell said the survey results were important and the Government was working to introduce a mandatory reporting system in which similar councils could be compared on a range of factors.

"In an effort to try and keep rates down and contains costs, my department is working with councils so they can have better purchasing power through the sharing of services," she said.

The survey found that residents were most happy with public art centres and libraries, with a score of 73, followed by appearance of public areas and waste management (71), emergency and disaster management and recreational facilities (70), then elderly support, community and cultural services (69).

But there was significant dissatisfaction with management of unsealed roads (44), population growth (54), planning and building permits (55), slashing and weed control (56), parking facilities (57) and local streets and footpaths (58).

Municipal Association of Victoria president Bill McArthur said there were no real surprises in the survey but there was always room for improvement.

AN outraged resident living in Melbourne's worst-performing council area said it is time for councillors to "stop wasting our money".

Long-time Werribee resident Garry Richards backed findings in the Statewide Local Government Services Report June 2013 that ratepayers were unhappy with the management of their local council.

He said Wyndham Council's priorities are all wrong with more focus needed on roads and infrastructure in the ever-growing area.

"We were voted the worst council earlier this year and I'd definitely agree," he said.

"Wyndham Council is the biggest money wasters ever. 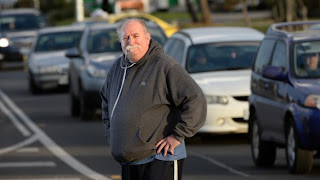 "They just spent more than $100,000 on a butterfly sculpture that is now not going ahead, they are spending all this money rebuilding the exercise centre, and they want us to be home to a 100m-high mountain tip. It is just ridiculous.

"What about our roads? They are all single lane - they are all becoming bottlenecks and many are riddled with pot holes.

"We're one of the fastest growing areas in Australia and the congestion is just out of control."

Wyndham has experienced the largest and fastest growth in all Victorian local government areas and is the third fastest growing in Australia.

MONEY DOWN THE DRAIN

* Darebin Council forced to remove potentially dangerous street art two weeks after it was installed on a Northcote median strip at a cost of $34,000.
* Bayside Council spends $200,000 on toilets near Middle Brighton Baths.
* Wyndham Council forks out $106,000 planning a moth-like art display, only to scrap it.
* Hume Council slammed for a Craigieburn street art installation, the second part of the $52,500 Gateway Project.
* Bayside Council looks to rip out ticket machine from a Sandringham carpark after it costs more to install ($10,000) than it receives in fees.


'City councils' are unlawful entities, and as a result city council 'rates' are unlawful.This has been exposed in a documentary video posted on youtube of the title 'Pirates of the suburbs - Destroying Communities'.

The original article appears at the following location: