NSA stands for ‘No Such Amendment’: Intelligence agency violates US Constitution 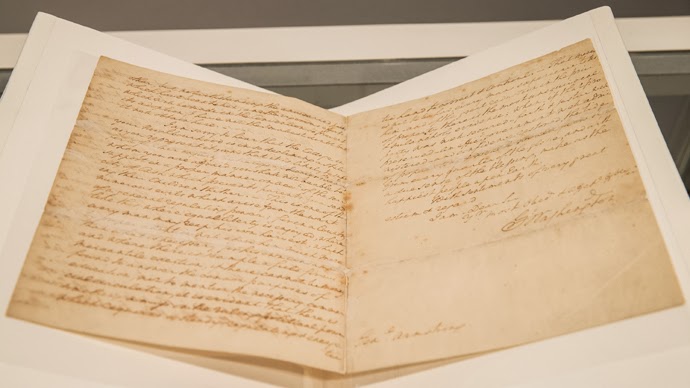 For the first time in history, all three branches of American government are complicit in violating the Fourth Amendment of the US Constitution by facilitating illegal surveillance, Ray McGovern, a former CIA officer, told RT.

The persecution-induced suicide of online activist Aaron Swartz, the sentencing of US Army whistleblower Chelsea Manning and the Edward Snowden asylum saga have all made 2013 the year that saw a clampdown on whistleblowers. Yet the US government’s efforts to stifle this kind of activity will hardly stop the new tech-savvy generation from leaking sensitive data, McGovern believes, describing whistleblowing as “unstoppable.”

The former CIA officer says the NSA has been dubbed ‘No Such Amendment’ for its bulk surveillance, which is in violation of the US Constitution, particularly its Fourth Amendment prohibiting groundless and warrantless searches and seizures.

RT: Do you think in the future the work of whistleblowers will be discouraged from all that we’ve seen this year, the clampdown on whistleblowers throughout the globe?

Ray McGovern: Yes, their work will be discouraged but it will be inevitable. In other words the discouragement will appear more and more crass, more and more ineffectual because the cat is out of the bag. There’s this new generation, technical people, without whom people like NSA and General Hayden and General Alexander cannot exist. As Julian Assange said recently, he encourages this new generation to play the role that the industrial generation did in preparing the way for the 20th century. Seize the initiative, act courageously, realize what you have -- what Julian calls “extraordinary power” – they can’t make the systems work without you and when you talk about a system’s administrator, it is not just one system. It is the administrator that ties together a whole network of systems. The cat is out of the bag. Those who cannot bear, as Martin Luther King Jr. used to say, the natural medicines of air and light on what they are doing, are going to be very frantic, will try to stop this, but it is unstoppable and that’s good news for the world and not just the United States.

RT: Talking about Aaron Swartz, will there be a future for guys like him, computer whiz activists?

RM: Yes. You know General Hayden, who actually is the first one to let himself be suborned by Dick Cheney and George Bush into violating our Constitution. Now it may appear quaint to people on the outside of the US, but this Constitution of the US is a sacred document. It has a fourth amendment and that Fourth Amendment [spells out] the right of the people to be secure. OK, secure from “searches and seizures, shall not be violated, and no warrants shall issue, except upon probable cause,” describing the things to be seized or the person to be seized, looked at. Now that constitution, that amendment has been violated to the point where wags friends of mine have called the NSA, “No Such Amendment”. It used to be “No Such Agency”, now it is “No Such Amendment” and Hayden himself before the national press club denied that probable cause is in the Fourth Amendment. It is right here, I can read it to you, if you wish.

RT: But ultimately, will Snowden’s revelations change anything? Is it going to change the NSA or the way the people approach trying to protect their privacy?

RM: That is a big question. For the first time in my professional life, we have a situation where not only the executive and the Congress, but huge parts of our judicial system, the three branches of our government, are all complicit in either winking at or endorsing or letting pass these gross violations of our Constitution. Now the cat is out of the bag. One judge has said this is almost Orwellian, and you know what Orwell stands for. It is almost Orwellian and it is crass violation of this Constitution. Well, another judge says, “Well, it may be not so bad.” So it is going to play out in the courts, but before that could happen, because it will take many years, it’s going to get done in Congress. And the person who is responsible for the Patriot Act, Jim Sensenbrenner from Wisconsin, he is in high dudgeon. He is as angry as can be. He said, I never intended the Patriot Act to be interpreted in such a way, by secret interpretation, to allow bulk collection of everything we type, everything we listen to, everything we communicate. It’s has gotten out of hand and now we’ll see if the President of the US has enough courage to enforce the Constitution that he, like I and like millions of others Americans swore a solemn oath to support and defend against all enemies, foreign and domestic.


The statements, views and opinions expressed in this column are solely those of the author and do not necessarily represent those of RT.

It can therefore be concluded that the NSA is a criminal organisation and should be treated as such by the legal system, bringing on a string of litigation, and foreclosure.

Will the authorities allow for this to occur?

One subject that the Australian authorities do not want the masses to understand or be aware of is the "Australian Constitution", supported by the fact that this is not taught in the Australian schooling system, and mocked by police when citizens refer to it, during 'unlawful' conduct of the police.

Keeping Australians dumbed down is the objective.