The terms 'they' do not want you to know

Many Australians are unaware of the tyranny they are under with the presence of both a passive aggressive government and actively aggressive police force that work together conspiring against the general populous into complete and utter subservience void of any rights. 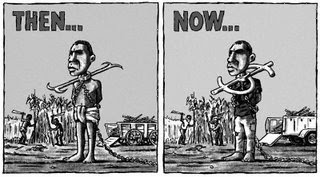 To achieve this goal it is realised from a number of angles.

One angle used is via the lack of knowledge / information which is orchestrated by the state education system, that the majority of children attend. The goal there is to dumb down the children via all sorts of distractions.

Such distractions used are as an example sport / entertainment and in the modern digital age, the focus on meaningless trivial social media drivel.

Australia's inception of the legal system is naturally based on United Kingdom law, that was brought by freemasons to the already inhabited island/continent.

ANY legal matters of any importance, are first discussed at the lodge, then brought out into the public arena, where the members of the brotherhood inflict justice upon the general populous, keeping in mind that every single entity working for the legal system, swears an oath firstly to the court, then their colleagues and lastly the client.

Information obtained from a source indicates that the police are instructed to deal with people who are aware of the legal system and their rights in the 'appropriate manner'. From what is understood, these instructions are not written, but verbal, that emanate from the top to filter down to the 'foot' soldiers.

Australia's police 'force' is responsible for many criminal acts that some of which will be dealt with in other articles.

Some or even most of these documents when read thoroughly expose the corrupt dealings of the Australian government and subsequently its right arm the police.

The corporate media, being a government lap dog, is also part of the conspiracy to not only dumb down the masses, but also discredit those who stand up against the criminal activities of the governments / corporations that incarcerate them as 'criminals'.

Essential knowledge to any and EVERY Australian is kept out the schooling system, which is designed to promote corporate slavery.


and many other terms or documents are kept out of the attention of the masses.

While in the United States is can be seen as patriotic to know the Bill of Rights and ammendments in Australia such knowledge is discouraged by the authorities.

Australia is well on its way to a totalitarian police state governed by the corporatocracy, which is not difficult to expose in this day and age.