Much has been said and written about the arrival of Europeans to the continent of “Terra Australis”, and the colonialisation of the land commonly known as Australia, by the British empire, which was done by force, where currently all the land of this country is owned by The Crown (Queen Elizabeth II).

The people who lived on the land of Australia, were named by the English empire as Aboriginals, where the prefix ab- is a formal element occurring in loanword from Latin where its meaning is - “away from” or “not”, e.g. abnormal meaning not normal, where the term referred to the people who were labeled by the English were seen to be not original as denoted by the phrase “Ab-original”.

To make matters worse, in the early days they were head hunted like animals, and a head count was tallied up to see who had the highest number of kills, before morning tea. 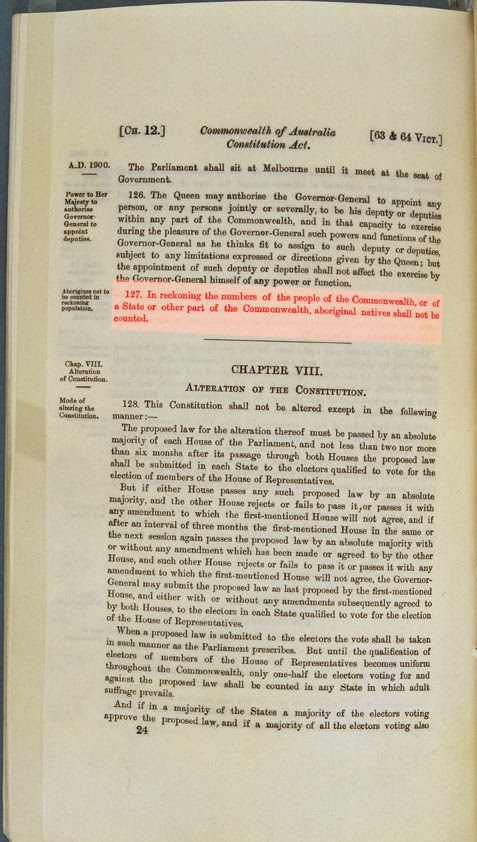 Fast forward to the formation of what Australians (all) should know as the Federation, with a document from (1900) known as the ‘Constitution’, where Section 127 was struck out read:

Only in 1967 a referendum was held in order to change the ‘Constitution’ to include ‘aboriginals’ in a population count.

A film that has just been released in Melbourne cinema called Utopia, by John Pilger, highlights a disturbing policy and mentality of the people in control of power in this country. 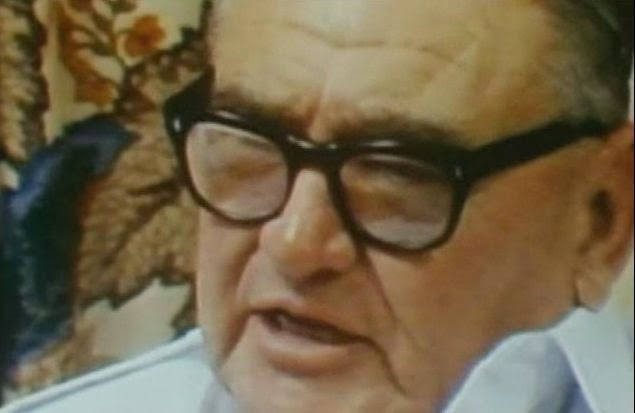 The West Australian mining magnate Lang Hancock [whose daughter Gina Rinehart, is considered as Australia’s richest person, approximate current value of $20 billion, depending on which corporate media outlet one listens to] had the mentality of genocide, with the quote given a reporter regarding the ‘Aboriginal Problem’

"Those that have been assimilated into.. you know.. earning good living, and earning wages amongst the civilised areas,that have been accepted into society, they have accepted society, and can handle society, I'd leave them well alone. The ones that are no good to themselves, and can't accept things, the half casts, and this is where most of the trouble comes, I would dope the water up so they were sterile and would breed themselves out in the future and that would solve the problem."

The corporate media recently announced that ‘aboriginals’ are recognised by (city) councils, but in reality, (city) councils are corporate entities,  not part of any legitimate government structure, but that is somewhat a bit of a taboo to report on.

Anyone today who calls the native Australians 'Aboriginals' is confirming them as 'non-originals'.

Is Rinehart’s policy similar to that of her father’s?

Was the whole mining boom - $4,000 (per week) jobs for ‘lazy’ Australians a reality for the Victorians who wanted to go but did not?

Did those jobs really exist for Aussies, or only for cheap overseas labourers?

Another fact is that native Australians were also regarded as flora/fauna, by the English.

Are they still seen as that today?

As always, only actions will speak louder than words and more to the point the truth.

The origins of the word "ABORIGINAL"...

There are several theories circulating with the premise that through some sort of "word magic" the term "ab-original" with a prefix "ab" means "not original", and the term "in-di-genous" means "of no race".

Most dictionaries hold a different meaning, and tell the story how these words formed from the original Latin into French and English.

Aboriginal is a mid 19th century term, a back-formation from the 16th-century plural "Aborigines" meaning "Original inhabitants" (in classical times referring to those of Italy and Greece), from the Latin phrase "Ab Origine" meaning "From the beginning"...

1. a formal element occurring in loanwords from Latin, where it meant “away from”: abdicate; abolition.

By my understanding, this combination of words meant to mean "From the beginning" beginning in "origine" with the prefix "ab" would be more like "Away from the beginning" in that sense, but still pertaining to the implied meaning.

A late 16th century term from French indigène, from Latin "indigena", from indi- (strengthened form of in- 'into') + an element related to "gignere" 'beget'.

A person or thing that is indigenous or native; native; autochthon.

autochthon (n.)
1640s, "one sprung from the soil he inhabits" (plural autochthones), from Greek autokhthon "aborigines, natives," literally "sprung from the land itself," used of the Athenians and others who claimed descent from the Pelasgians, from auto- "self" (see auto-) + khthon "land, earth, soil" (see chthonic).

The Latin name genius, which came from "gignere" meaning "to be the father of, beget."

The Old Latin "Indu" meaning "in, within" (earlier "endo") as a prefix to the term "Genous" implies that the later is "within", not "without" as the recent theory suggests with the "of no race" assumption.

The "ab" prefix can signify "FROM" or "OF" (as in aboriginal, absorb abinitio, abantiquo etc)

OR... "AWAY", a separating, or departure from (as in abduct, abstract, abscond, abnormal, abaxial etc)

But in the sense of the word "AB-ORIGINE" even if the meaning was hypothetically taken from the second definition, if would still be an "AWAY FROM" (a separating or a departure from) the postfix "ORIGINE", as in the first definition "FROM" the...

So without the "AB" or "FROM THE" as the prefix to "ORIGINE" or "EARLIEST BEGINNING" the word wouldn't even hold any conotations descriptive of a people.

You are effectively saying...
"My people are "The beginning", instead of it's proper use and meaning, by intentionly placing the prefix, "From" to result in "From the beginning"...

Besides that, the term "Aborigine" actually has it's beginnings in the folk etymology of the pre-Roman era, where it was first used as a tribal description of the "original inhabitants" of certain parts of Europe.

The "ABORIGINES" were in fact, the earliest inhabitants of central Italy, (and according to Roman legends, supposedly sons of the trees)

"They lived as nomads, without laws or fixed habitations, and their food was wild fruit. Their name is generally taken to mean 'the original population'. When Aeneas arrived in Latium at the head of the Trojans the Aborigines were ruled by Latinus. Once they were united with the Trojans they formed the Latin race, so called in honor of Latinus." ~ DICTIONARY OF CLASSICAL MYTHOLOGY

And I really doubt that the scribes interpreting the word "ABORIGINE" from Old Latin into Old Greek 2000 years ago were "Agents of the Crown" either.

"aborigine (noun.)
1858, mistaken singular of aborigines (1540s; the correct singular is aboriginal), from Latin Aborigines "the first ancestors of the Romans; the first inhabitants" (especially of Latium), possibly a tribal name, or from ab origine, literally "from the beginning." Extended 1789 to natives of other countries which Europeans have colonized."