Oppression of the masses is really nothing new, and has been around since the dawn of structured society. 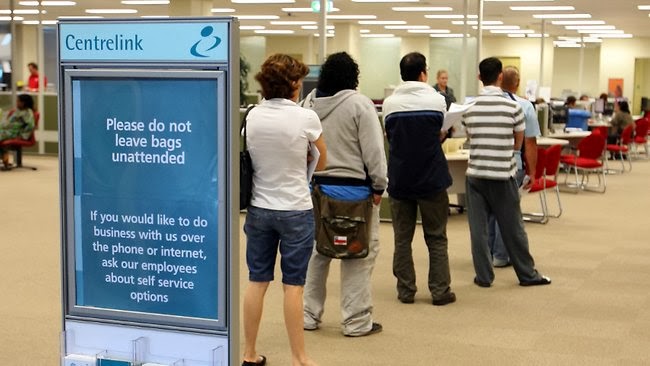 It should not be condoned nor accepted especially as there are alleged laws that protect the victims, or so the general populous are led to believe this.

The Australian government together with its corporate affiliates is responsible for some of the country's largest frauds, where only a small proportion get reported by the corporate media, and even less make it to the Australian law courts, where deals are struck before the courts and judges bribed to hand down decisions favouring a particular party.


Corpau has obtained documentation from a source within the industry, and Centrlink's 'clients' that Centrelink is responsible for fraud on a grand scale against its customers to the tune of a conservative estimate of tens of millions of dollars annually.

It's called the 'backpay' scam, where Centrelink are not paying their contractual obligation to the client from the beginning of the contracted period.

Conversely when Centrelink realises that there has been a payment error, within any period irrespective of time frame, the customer is notified, and must pay the monies back, otherwise charges of fraud, with the real threat of incarceration lies eminent.

As part of this aggressive assault on the clients, Centrelink do not give out email addresses for communication, where all complaints are to be 'phoned' in, so that the 'client' does not have any record of their complaint, only a response by an inanimate object, a 'team' or 'department', where NO names are given.

What resources has a pensioner or unemployed person at their disposal to take the fraud of Centrelink (ABN 29 468 422 437) before Australia's law courts for compensation, before a 'judge' who's matter is not only bought (by securitised bonds), but may set precedence in future cases?

A matter that the legal fraternity and the government is fully aware of, not to mention the future persecution of the individual by the authorities.

This type of corruption is NOT mentioned by the corporate media, which has been reported on many occasions, and the policy still remains to keep silent on the matter.

Thanks for sharing such kind of nice and wonderful information. I would like to thank you for the efforts you have made in writing this"An agreement entered into by two parties MUST be honoured by the parties concerned, where court action may be taken by the party who was ill-done, by the contract not being followed".Drug Offence Lawyer