In Australia, the sheriff plays a major part in debt collection for various so called 'government' bodies, many of which function illegitimately / unlawfully, with real consequences of people being incarcerated for significant periods of time for the victimless crimes they allegedly committed.

The Victorian Department of Justice

claims on its home page that:

"Sheriff's officers take action against people who do not comply with their debt-related court orders."

What the general populous does not know:


The following brochure (from the Department of Justice) is not entirely 'correct' as it entices you to do 'business' with the 'sheriff' and NOT what you can actually do, what your true rights are or even the questions you should ask the sheriff before proceeding. 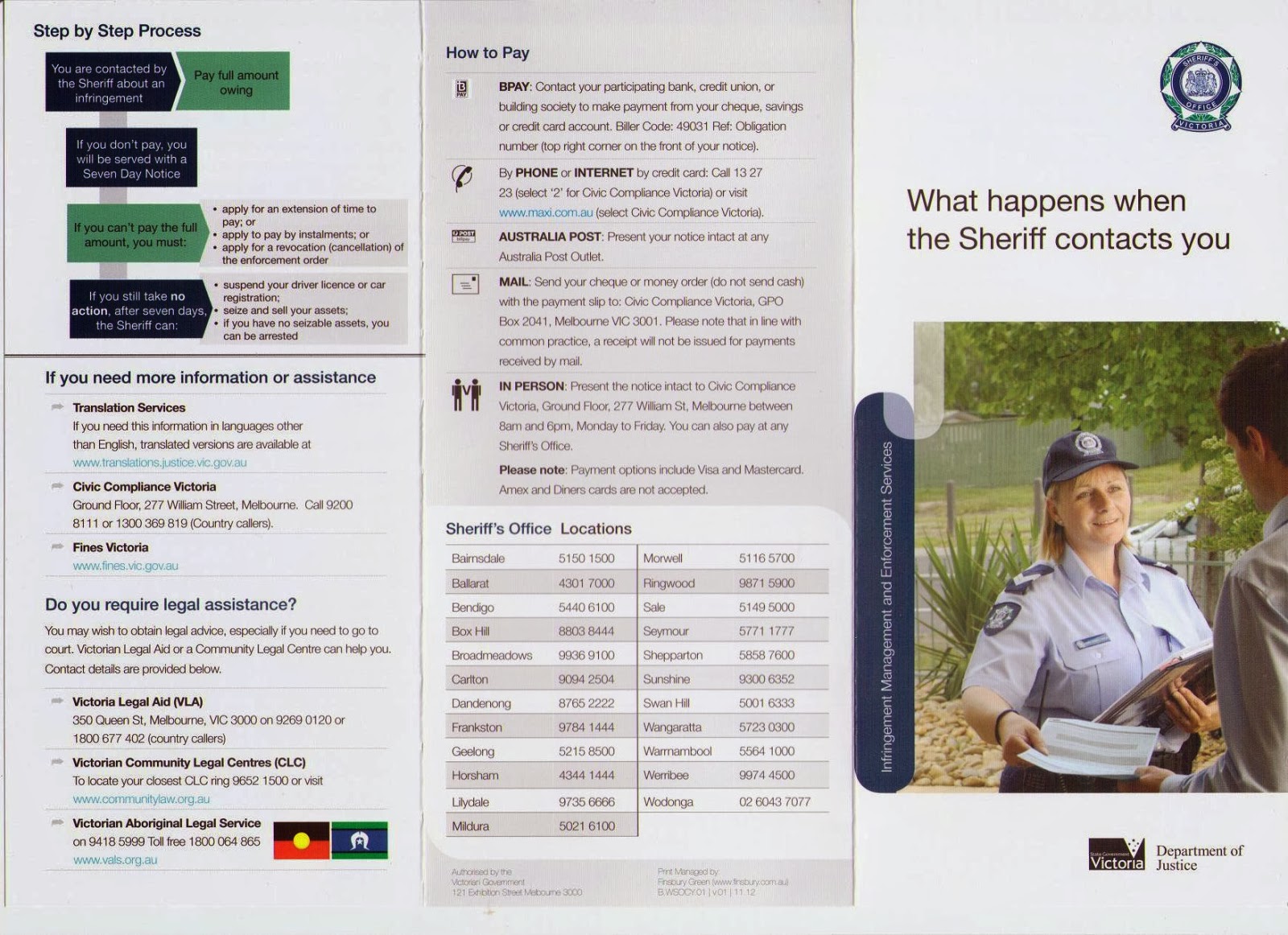 Back page of brochure: 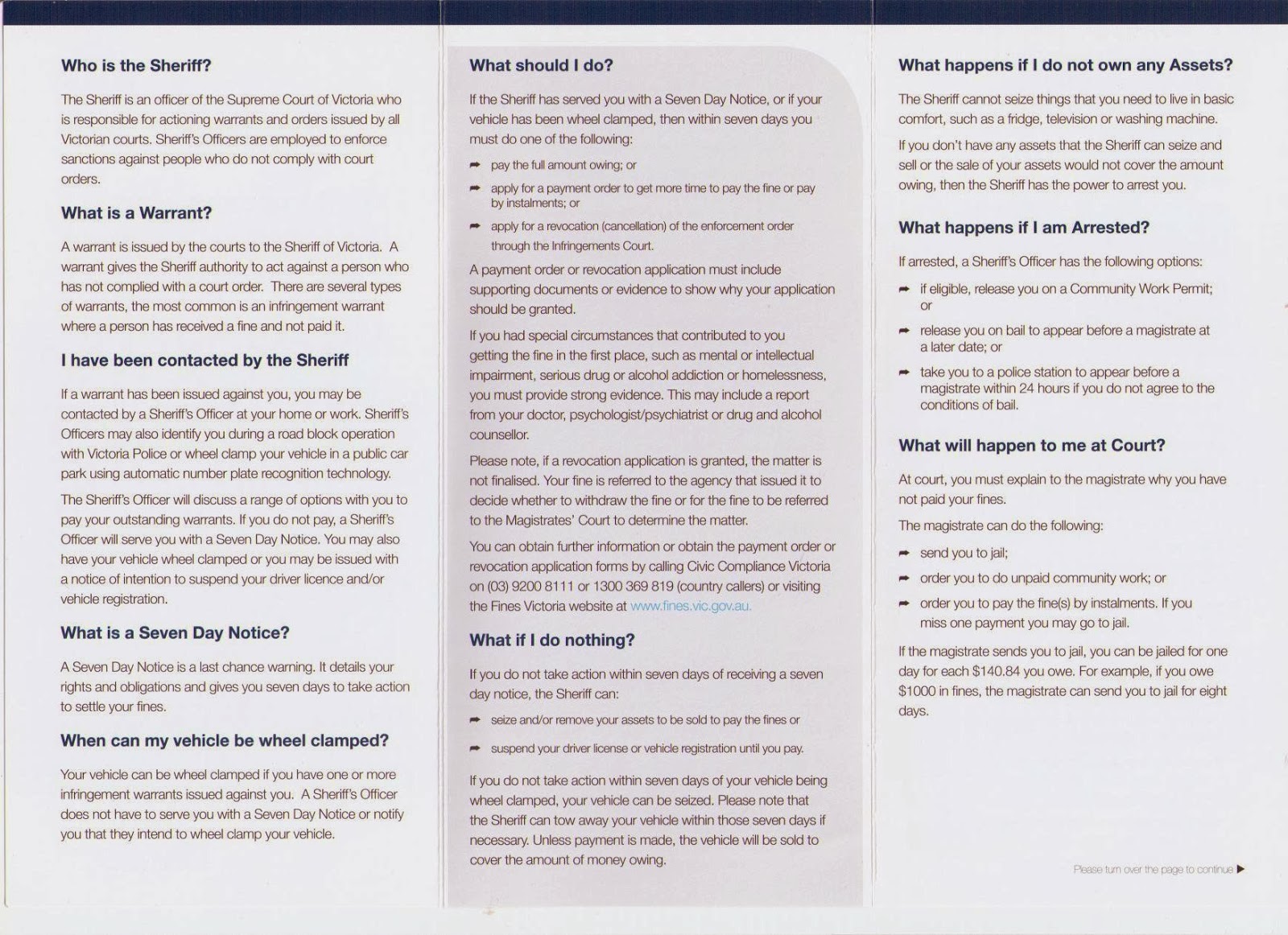 Corpau is in possession of information just recently obtained in relation to the Sheriff's Office exposing the corrupt dealing of the office, which is well known internally within the business.

"In general usage, a human being (i.e. natural person), though by statute term may include labor organizations, partnerships, associations, corporations, legal representatives, trustees, trustees in bankruptcy, or receivers."