In Australia there is a taboo on reporting the reality of (forced) 'marriage', or rape (according to Australian laws) of minors that are married of to preselected husbands, or even incest.

These so called customs have made their way to Australia from migrant communities not isolated to one particular ethnic background, or even religion.

Something that was instilled in religion or the word of God many centuries ago, science today can verify that inbreeding causes mental and physical deficiencies in the offspring.

The Rothschild and Habsburg dynasties could not continue to prosper with individuals at the helm who had mental impairments, as a result of inbreeding. 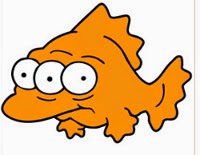 The English 'royals' the so called 'Windsors' who are the Saxe-Coburg and Gotha even had to thin their bloodline out as a result of inbreeding, so the newer generations could leach from lead the plebs.

It is also written in the 'bible' not to breed or rather 'marry' family relatives.

There are several clear cases of incest in the Old Testament.Lot, Abraham’s nephew, begat two sons by his own daughters while in a drunken stupor (Genesis 19:30-35).Moses recorded the sordid act as a matter of history, but there is no sanction of the sin in the sacred text.In fact it is placed in a decidedly negative light.Ruben was intimate with Bilhah, his father’s concubine (Genesis 35:22) — a shameful act that was condemned and penalized (Genesis 49:4). Amnon, one of David’s sons, committed incest/rape against his half-sister, Tamar (2 Samuel 13:7-14), and, as a consequence, was murdered later by the order of Absalom, Tamar’s full brother (2 Samuel 13).

The most comprehensive segment of the Old Testament dealing with this offense is in Leviticus 18:6-18.Sexual cohabitation was not permitted between a man and his mother, his sister, a granddaughter, an aunt, etc.The most serious punishment was execution (Leviticus 20:11-17), and in the New Testament era, disfellowship from the local church was enjoined for the offence (1 Corinthians 5:1-5).

How does this effect modern Australia?

In Victoria Australia a 'case' example of inbred 'half-wits' creating havoc in the community, as brought to a public forum called a court in the matter of:

Some extracts from the case:


1 Altaman Selcuk you have pleaded guilty to one count of intentionally causing serious injury and one count of affray.

2 The person you seriously injured was Ali Duran, your uncle and former father-in-law. In 1999, you married his daughter, your cousin, Sezgin Duran. It was your second marriage, her first.

3 Sezgin left you in January 2005 and moved back home with her parents. From when Sezgin moved out until the day of the offences, 19 February 2005, you made continual attempts to reconcile with Sezgin by contacting her and her family. A week before the offences were committed, on 12 February 2005, you met with Ali Duran in your car near his home. You discussed the breakdown of the marriage.


6 Your brother drove from his home in Flemington to your home in Brunswick. He parked his car at your place, and drove you in your car to a Turkish café in Sydney Road, which Ali Duran attended regularly. This was at around 6:30pm.

7 Asim double-parked outside the café and kept the motor running. You got out of the front passenger door and walked into the café, carrying a wooden baseball bat. You walked to the back of the café, turned around and walked back to the front door. You told patrons that you were looking for "Sydney Ali". Ali Duran was known as "Sydney Ali", because when he first arrived in Australia he lived in Sydney. One patron recalled you saying "I am going to kill him, cut him limb by limb". Another patron recalled you saying words which loosely translated as "I am going to fuck him". You were speaking in Turkish.

8 You left the café and got back in the car. Your brother drove down Sydney Road, towards the city. A short time later, you saw Ali Duran near the intersection of Sydney Road and Edwards/Reynard Street, Coburg. He was on the footpath, waiting at the tram stop. Although only 61 years old, Mr Duran used a walking stick and moved slowly, as a result of previous strokes and ongoing health problems.

9 Asim parked the car near Ali Duran, partially in the intersection, obstructing traffic and a tram. You got out of the car and attacked Mr Duran with the baseball bat. The first blow hit him on the right hand, fracturing his right index finger and knocking him to the ground. You continued your attack, hitting him with extreme force approximately 15 times to the legs, arms, back and head. You were violently abusing him as you did so. Mr Duran tried to protect himself by putting his hands up and curling into a foetal position. The attack took place in broad daylight, in front of many bystanders.

10 You and Asim left the scene hastily, Asim driving the car south down Sydney Road. Witnesses reported the loud revving of an engine and screeching tyres.

11 Mr Duran was attended to by bystanders. A short time later an ambulance arrived and he was taken to hospital. Mr Duran sustained a 15cm laceration to the back of his head that required more than 20 staples. He also suffered a cerebral contusion to that area of his head, fractures to the right shin bone and right index finger, and extreme bruising to his legs, back, buttocks, arms, head, hands and face.

12 Mr Duran died a few days later, on 24 February 2005. The post-mortem revealed the cause of death to be acute cerebral infarction and cerebrovascular disease. The mechanism of death was the swelling of the brain as a consequence of infarct, resulting in internal herniation. You are not legally responsible for Mr Duran’s death, because of his pre-existing health problems and the doctors’ inability to quantify the extent to which your attack may have contributed to his death. I am therefore not sentencing you in respect of Mr Duran’s death.

This is just one example of the criminal trash the Australian 'authorities' import into this country, under the so called "Human Rights" banner.

Also under the "Human Rights" banner you cannot be 'convicted' unless it's before a court of law, so 'fines' are out.

Put that in your argument and see how far you get!

Australia's justice system - ONLY 6.5 years for killing someone.

Could this be a time effective solution for getting rid of 'uncomfortable' people?