The actions of the people in the corporation conglomerate (nee government), are far from ‘honourable’, they're secretive, where fraudulent tenders are submitted for ‘money for mates’ deals, that defraud the hard working Australian ‘mums and dads’ taxpayers billions of dollars with no repercussions.

How many families have lost their home as a result of the fraudulent actions by the unlawful entity, the ATO (Australian Tax Office), but don’t count on the corporate media to expose this gigantic criminal activity by the ‘Australian Government’

Oh but that’s a ‘conspiracy theory’ the corporate media will tell the plebs..... 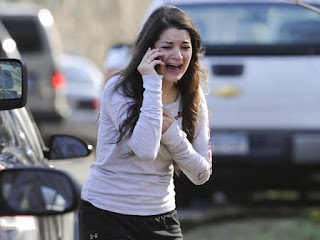 (Carlee Soto uses a phone to get information about her sister, Vicki Soto, a teacher at the Sandy Hook elementary school in Newtown on Friday, December 14, 2012. Picture: Jessica Hill/APSource:AAP)

The above photo has been used by 'conspiracy theorists' with regards to the Sandy Hook massacre.

Nah not at all, there’s a fair few court cases that prove the illegitimate operations of the ATO.

Some cases are not even on the public record, classified as ‘RESTRICTED’, so that the people don’t catch on of the government fraudulent actions.

Are these the actions of an ‘honest’ government or a corporation ruling with unlawfully with fear, extortion and intimidation?

The corporate media has been invited to many a court case that exposes government corruption, but only to be greeted with silence and no (email) response whatsoever. 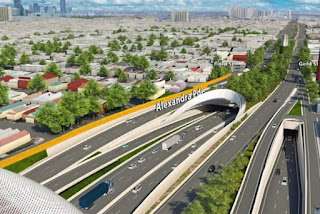 In a scathing report tabled in Parliament, Dr Peter Frost condemned both sides of politics for wasting public money and criticised the state's public servants for sometimes failing to provide frank and fearless advice.
He said the former Napthine government's decision to sign the contract so close to the last state election was based on flawed advice.

"The advice provided to the then-government was disproportionately aimed at achieving contract execution prior to the 2014 state election rather than being in the best interests of the project or use of taxpayers' money," he said.

The acting auditor-general also found shortfalls in terminating the contract, with the state incurring costs in excess of $1.1 billion "with little tangible benefit for taxpayers".

The bill will be partially offset by the sale of properties acquired for the project, worth an estimated $320 million.

The total cost of the termination settlement will be $642 million, despite Premier Daniel Andrews' election pledge that the contract could be ripped up at no cost because it was not worth the paper it was written on.

The East West Connect consortium was contracted to build the 18-kilometre road connecting the Eastern Freeway at Hoddle Street to CityLink, the Port of Melbourne and on to the Western Ring Road.

But the auditor-general said key decisions were driven by an overriding sense of urgency to sign the contract before last November's election, even though the project was being legally challenged.

"Signing the contract in these circumstances was imprudent and exposed the state to significant cost and risk," the report said.

The auditor-general said advice to the Coalition in the lead up to the signing of the contract fell short, because it did not sufficiently assess the benefits of "delaying finalisation of the procurement and contract to mitigate the risks posed by the unresolved judicial review".

Labor promised to dump the East West Link if it won the election, but the auditor-general said the project was terminated "without full consideration of the merits of continuing with the project".

"The new Government was not provided with updated comprehensive information on the impacts of completing the project versus the option of cancelling it," the report said.

"This meant it was deprived of comprehensive advice to assure it that termination was the best use of public funds.

It shows [the former government] as nothing more than political opportunists gambling billions of taxpayers' dollars.

"Some public officials involved in this audit indicated that providing frank and fearless advice when they believe a government does not want to receive it will negatively impact their influence or career opportunities."

The Andrews Government was also criticised for failing to adequately ensure some of the settlement payment was not a windfall gain to contractors connected to the consortium.

"It shows them as nothing more than political opportunists gambling billions of taxpayers' dollars in an attempt to buy their way back into office," he said.

But the Opposition's Michael O'Brien accused Labor of lying to Victorians.

"Daniel Andrews promised Victorians no compensation would be paid, the contract wasn't worth the paper it was written on, now we know the cost of that lie," he said.

"$1.1 billion could buy us a new Royal Children's Hospital."

If it had been built, the entire East West Link project would have costs in excess of $22.8 billion in nominal terms, the report said.