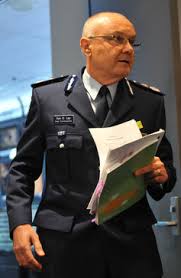 The length that the ‘authorities’ take to make your life most difficult in court goes beyond belief.

We have been informed by someone who witnessed the actions of senior police instructing their underlings to conceal evidence when attending court.

This is in relation to something called ‘contemporaneous notes’.

When you have ‘dealings’ with the police for example with a ‘speeding’ or traffic ‘fine’,  your comments and the actions of the police ‘person’ must be noted down which is referred to as their contemporaneous notes.

The notes are supposed to reflect an accurate description of what really occurred.

Sometimes these notes can also be the officer’s undoing.

It is almost certain that the average Joe is not fully aware of police procedures and most definitely the term contemporaneous is not part of the lay person’s vocabulary.

It is with this deception that the ‘charged’ person is not getting a fair hearing, based on the facts that police are concealing vital evidence.

If you have ANY dealings with police, make sure you ask for the contemporaneous notes in a place of business / trading / commerce called the ‘court’.

The fraud goes much deeper than this but for the moment we are publishing this information as only one part of exposing the fraud and corruption within the corporation known as Victoria Police.

Also, if the courts and police are both Dept of Justice employees. isn't there a conflict of interest?

Yes Svetlana, what you're referring to is something called 'separation of powers', which MUST be distinct ie Between the Executive, Parliament and the Judicature.

But, since now the government has become a corporation conglomerate, the line is much finer and their IS influence between them all, but YOU have to prove this.

What a magistrate stated not too long ago in court (on public record) is that the prosecutor is an employee of the court. A HUGE 'no no'.

Thank you very much sir, you've proved how corrupt 'your' legal system is :-)