It seems like the police have sent out a loud and clear message to their brethren that they can rape the children of the herd population and not get charged. 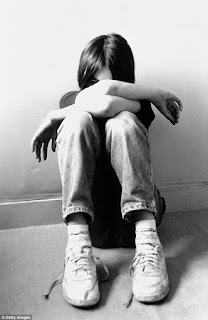 Aren't the police supposed to


It may apply to the executive that the police work for, but does it also apply to the inhabitants of this colony?

Don't forget that Victoria Police hand out millions of dollars worth of fines unlawfully every year.


Can you really trust Victoria Police?

Are they your 'friend'?

Are they really 'public servants' working for you (the tax payer)?

See text of article from 17 June 2016 by theage.com.au of the headline:


Victoria Police failed to act on complaints about a policeman who sexually brutalised nine children during his 12 years in the force, the County Court was told on Friday.

Instead, the organisation forced the officer to resign in 1979, the court heard. He then went on to sexually assault and rape children for at least another four years.

The former officer, who cannot be named to protect the identity of his victims, on Friday formally pleaded guilty to 18 offences against nine victims, who were as young as five when he stole their innocence.

The man, now 66, worked as a police officer between 1967 and 1979, during which time he preyed on boys and girls, often in his police uniform.

Crown prosecutor Nanette Rogers told the court that one boy who the man assaulted in 1979 later told his mother what had happened, and she reported the abuse to the officer's colleagues.

While the woman decided not to press charges, Dr Rogers told the court that police went to the woman's house the next day and told her "that the offender wouldn't be in the police force any more and would be moved away".

He was forced to resign but was not arrested over the allegations, to which he finally pleaded guilty on Friday.

Dr Rogers described how the officer had asked one boy, who was between six and 10 when he was raped, whether he wanted to see the police station. He took the boy to a room in the station where there was a bed, and raped him.

Another girl went to the police station for help after losing her mother at a nearby festival. After telling the child, "I'll look after you", Dr Rogers said, the officer took her into the back of a police divisional van and forced her to perform oral sex on him.

In harrowing testimony, one of the former officer's step-daughters, now 45, told the man she hoped he rotted in hell for what he had done to her, including holding a police-issue revolver to her head as he raped her.

She wept as she described how she had hoped he would pull the trigger and put her out of her misery. Instead, he forced her to suffer through years of "hell and his sick games".

The woman said she went to her grandmother when she was nine and would not stop bleeding. Her grandmother initially thought the girl was having her first period. Instead, a doctor informed her she was having a miscarriage.

"He is a monster," she raged at the man, who would not meet her eyes. "He needs to never see the light of day again ... once a monster always a monster – he will never change."

While she and her siblings were terrorised at home, she said, primary school was no refuge.

"He would show up in police uniform, in the police car, police revolver ... all the other kids thought it was cool."

Instead, she said, he would take her home while everyone else in the house was away and rape her, before driving her back to school in the police car.

Children were brought up to believe that the role of police was to serve and protect, she said bitterly. "What a load of bullshit that is."

She said that when she was 15, her grandfather helped her go to police and report the abuse, but she was told the man "would probably get off because he was an ex-cop".

She dropped the matter, and told the court she still felt guilty about what he had done to other children after that.

Police began investigating the former policeman in 2011, Dr Rogers said, and he was finally arrested in 2012.

She said the former officer had no family support, and no visitors in prison.

Since 2012, he has been in jail, serving a 17-year sentence for separate offences which, the court was told, were of a "similar" nature.

Ms Beech said that after leaving Victoria Police the man moved into the private sector.

Ms Beech asked the judge to show compassion in sentencing, and to take into account the man's age and his severe osteoarthritis.

Judge Carmody said he was concerned about a report finding that the man, "even at 66", was in the high-risk category for re-offending.

He will sentence the man on Tuesday.