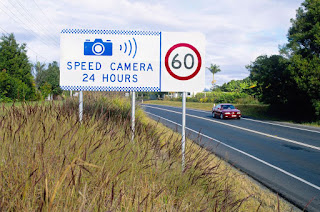 Today Victoria's motoring public have been informed by their police force via the corporate media, that all is good with regards to the fines issued from virus ridden speed/red light cameras and the criminals on the road are told that they must pay the fines.

This is a lie and a deliberately misleading statement made by Victoria Police.

First and foremost you must contest every fine issued to your person's name, as the so called fines issued by Victoria Police are not issued lawfully, legally maybe, but lawfully definitely not.

1). You (or rather your 'person') were factually in charge of the motor vehicle at the time of the alleged offence,

2). The photos are not already tampered or cannot be tampered with.

New South Wales Legal Aid states that only a government can issue a fine, putting aside the other lawful aspects with regards to the issuing of a fine.

The other burgeoning question could be if the state government denies responsibility to Victoria Police, then how are they part of the government?

You MUST contest every fine issued.

I find it amazing how they (Safety Camera Commissioner) can decide that there was no detrimental effects, affecting the cameras. Do you trust their computer knowledge or their advisers? It all seems based on that the ransom-ware didn't encrypt the storage. The problem is computers process operation from a list, be that in the CPU or from a messaging queue in software. Now consider if a task is on hold waiting for another task to finish, be that the virus trying to do its thing. That could be the speed camera's algorithm asking for the system clock's datetime used in speed calculation events that are superimposed on the images used as evidence in court. That datetime could be read micro to milliseconds later, if not seconds as the system hangs from workloads. As noted the computers in the devices were rebooting due to the load and interruptions. Consider that speed and red-light cameras devices in Victoria use old Pentium 3 motherboards with clunky Embedded Microsoft Windows on them. These are old computer techology. A Pentium 3 is what was used in the first XBOX.