It seems that the administration of the inhabitants in the penal colony of Australia are in full swing to destroy the business (therefore the livelihood) of anyone who is against government policies (another example; Rodney Culleton), irrespective whether they (the policies) have any merit or benefit to the general population.

A Melbourne doctor's (Dr. John Piesse) office was raided by Victoria Police where all his client files were stolen (no lawful authority) by employees of Victoria Police. 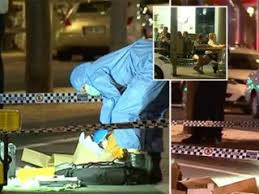 Apparently the people in government 'care' for the health of their tax slave population, you know the same people that allow (legalised, i.e. tax paid) the sale of carcinogenic cigarettes and carcinogenic alcohol.

With the example of cigarettes;

The Australian government stated that in order to curb the sale of cigarettes, they must be packaged in plain packaging.

This action by government did not curb the sales of cigarettes, i.e. a government fail.

The government then increased the price of cigarettes in order to, once again, lower the sales figures for cigarettes.

This action again did not slow down the sales, i.e. another government fail.

The laws put in by the people in government (deliberately) fail the good people of Australia, where they are beaten into submission if they do not comply with government directives.

Still believe that you live in a democracy in Australia?
Posted by AuCorp at 11:34 PM