The police state of Australia keeps many surveillance operations a secret from the serf population.

This is just one of them that made it out of the bag.

See article from 6 May 2019 by the Australian Broadcasting Corporation of the headline: 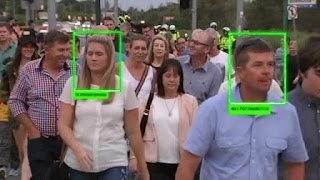 GIF: Facial recognition software was used on members of the public at the 2018 Commonwealth Games

The biggest mass surveillance operation known to have been used by police in Australia was so rushed that it lacked the data to operate effectively, the ABC has learned.


But the Queensland Police Service tried to keep that a secret.

The facial recognition system used in Queensland during the Gold Coast Commonwealth Games also had so few specific targets that it ended up being used for general policing.

Details of the surveillance system's rollout were revealed in an evaluation report conducted by the Queensland Police Service (QPS) after the 2018 event.

The report, obtained by ABC News under Right to Information (RTI), showed none of the 16 high-priority targets requested as part of the operation could be identified.

"Difficulties were experienced in data ingestion into one of the systems with the testing and availability not available until the week Operation Sentinel [the Games security operation] commenced," the report found.

"The inability of not having the legislation passed, both Commonwealth and state, in time for the Commonwealth Games reduced the database from an anticipated 46 million images to approximately eight million." 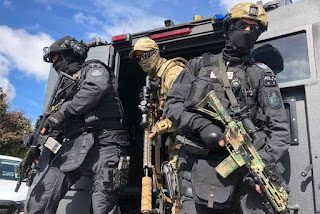 
Halfway through the Games, the technology was opened up to basic policing, which turned up only five identities out of the 268 requested.

"Given the limited requests from within the Games, opportunity to conduct inquiries for the general policing environment was provided to enable better testing of the processes and capabilities," the report stated.

Protective security zones around Games venues gave police increased powers to detain, search and move people on, and 3,000 extra police officers were stationed on the Gold Coast at the time.

Michael Cope from the Queensland Council for Civil Liberties said it was a clear case of "scope creep".

"It reminds people that all this legislation is always dressed up as trying to get bad people who are coming to murder us — it is not at all," he said

"This just demonstrates that really the main use of this thing is not going to be to find people who might be potentially coming to cause mayhem and to kill people, but it's going to be to catch people who are committing ordinary mundane offences." 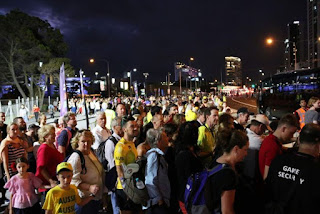 
While police records were included, images from Queensland's Department of Transport and Main Roads were left out.

The report also found similar issues with millions of national identification images that were not included in the database.

Facial recognition software is also used at airports across the country by Australian Border Force.
Last week, a glitch in the system led to lengthy delays for thousands of travellers.

When asked how the system performed during the Games, QPS initially told ABC News there "were no problems experienced with its use".

QPS then repeatedly tried to block requests for documents under RTI, until the Office of the Information Commissioner overruled them, saying it was in the public interest for the report to be released.

"One of the real questions to ask is, why has it taken so long and why did they find it so hard to provide details of something which they had announced would be utilised and was going to be a terrific success?" he said.

"It may well be that there are operational reasons why they don't want the public to know.

"The difficulty is, when such technology exists when you have the Orwellian 'big brother is watching'. I think there needs to be very clear guidelines and very clear expectations set as to the circumstances under which it will be used."

Concerns for future use

In Queensland, the mass surveillance technology can be used to identify suspects for crimes that could attract a sentence of at least of three years in jail. 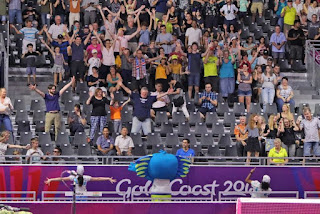 
Queensland privacy commissioner Philip Green, who was unaware of the documents until they were released to ABC News, said he had concerns about future use of the technology.

"For law enforcement in the most serious crime prevention, in terrorism for instance, no-one's going to argue with it," he said.

"But we do need, as a society, to look at impacts of the technology on a wider group of people to make sure that they're not being disadvantaged unfairly and that the technology use is proportionate and reasonable.

"Countries such as China have been reported for using this sort of technology for jay-walking offences, and even rationing toilet paper in public toilets.

"Minority groups have obviously been oppressed in countries where protections and human rights protections aren't in place — that's my broader concern."