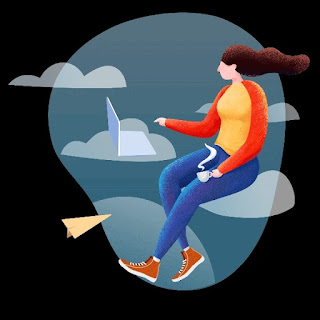 Look nice illustration of a woman in the 'cloud' to make you feel warm and fuzzy.

What they’re not telling you is that ‘your’ data is stored in a corporation’s data centre where people have access to your private and personal information.

As time goes on governments and corporations want you to use ‘local storage’ (your PC’s hard drive, USB stick or phones microSD card) less and less, where they are forcing or conning you into online or ‘cloud’ storage.

As part of the global surveillance agenda, Microsoft ‘needs’ you to sign into its data collection asset that being hotmail/outlook/live .com email service when ‘registering’ a new Windows PC.

What you need to do to keep some of your data private is to create a ‘local’ account or username when setting up your Windows PC.

Since the advent of the smart phone the authorities have been aware that it is a much more effective surveillance tool than its predecessor the GSM, dumb or flip phone. 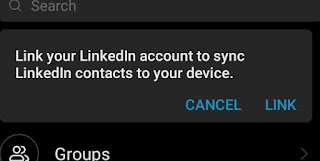 They limit your local storage capacity where they ‘force’ you to use cloud services.

Samsung is just one of those corporations.

With this year’s new phone the Galaxy S21, Samsung has removed the microSD card storage slot where one could have expand the phone’s storage cheaply, instead now purchasing the 512GB phone for an eye gouging $2149. 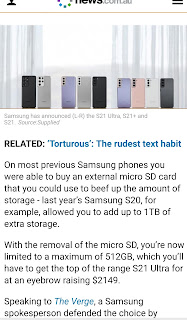 Team America World Police must be the primary data collection entity, hence the attack/sanctions on Huawei on its (alleged) spying.

So as a result Huawei phones do not come pre-loaded with Google's suite of spyware apps and backend.
This is not a bad thing when it comes to your privacy.

No sanctions on the Korean manufacturer?

Is that because they support the five/nine/fourteen eyes surveillance plans?

Since the commercialisation of the government resource we call the internet, many (truly) technical people knew of the dangers of insecure data communications via this medium.

Now more than ever privacy should be your focus when communicating on their medium.

A small amount of web browsing on Australia's four major news only sites, netted the above results.

While we're stuck on this prison planet, where (now) the world is made for corporations, the people can minimise the data collection on their 'person'.

Unfortunately most are too lazy, complacent or with a 'tin foil hat' belief system.

Wouldn't it be great if you got refused a loan or health insurance because of the data you generated, and failed to secure?

Maybe then you would wake up, or not, but that would be too late.

You still have a choice not to purchase your junk food on card.

You can plan your food intake instead of being a lazy prick and ordering someone to bring you your (unhealthy) meal.

It seems that many love the slavery they're in.

The problem there is that they take down many good people with them.