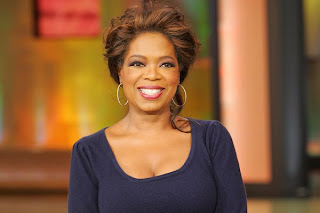 It was the golden ticket that was never delivered - and now Oprah Winfrey's Australian fans are hitting back at the talk-show queen for inviting her US fans to join in the festivities down under.

While 6000 of her loyal Aussie fans were ecstatic to be plucked from a lottery ballot to attend one of two shows being filmed at the Sydney Opera "Oprah" House on December 14, others have felt duped.

"I got my rejection email [at] 12.55am," Vanessa from Geelong wrote on a forum. "Not happy. But you know what's ticked me off even more is that viewers in the US could also apply for tickets. They should only have been available for Aussie viewers, as something like this doesn't happen every day. Oprah has been in the US for 25 years, so Americans have had more opportunities to gain tickets than we have. Her US audience is already coming, so the rest of the tickets should be for us Aussies."

"Agree with 'Vanessa'," Victorian resident Debra wrote. "I know of six entries into the ballot - and we all missed out. Why does she need to bring the US viewers with her?"

With the details of Oprah's visit being kept under wraps, North American mum-and-daughter duo Kathy Blackburn and Kristen Kilduff Fernandez - both among the 300 audience members present when Oprah announced the trip to Oz - are thrilled to be making the trip abroad.

"A little piece of confetti fell on my shoulder, and I said to Mum, '[Oprah] always pops confetti when it's really big,' " Kristen recalls of the day.

Another CLEAR and simple ticket SCAM.

The so called 'won' tickets were nothing more nothing less than a give away to the cronies of the political, business and entertainment industry.

The so called ticket give away for the masses was a blatant scam realised by the sheep that followed Oprah.

Another CLEAR example of how the 'elite' are beyond the reach of the mass population.