MEDICAL authorities are investigating how an alleged con artist and fugitive was hired to run one of Victoria's top rural health services. 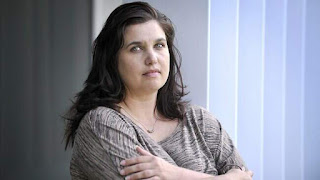 This is despite being wanted for breaching a community order by fleeing the state two years ago and being jailed in the US over fraud and identity theft.

ORH senior vice-president Andrew Martin said they were not aware of Ms Foley's history at the time and were running a "formal investigation" into the recruitment process.

He was unsure whether a police check was conducted.

Police allege she demanded money she was not entitled to from her former WA employer, threatening to go to the media with confidential documents if they didn't comply.

The mother of seven, from Lake Bunga in the state's east, was granted bail and told to appear at a Perth court on March 1.

It is the second time this week she has faced a Victorian court. She was fined $1000 on Wednesday after pleading guilty to breaching a community-based order by leaving for WA in 2011.

That matter dated back to April 7, 2011, when she was put on the order for dishonesty offences, which had gained her a total of $4400 her lawyer said in court.

The Sunday Herald Sun understands the charges stemmed from not providing goods sold on eBay.

But no calls were made to her former WA employee, who has since accused Ms Foley of providing false qualifications to get her job.

Ms Foley has been in the public spotlight since testifying in October to a WA Parliamentary committee about allegations of misconduct at the same workplace. She remains adamant she has done nothing wrong and the company is out to get her.

That's no problems, as Australia employed Solomon Trujillo for the position of  CEO at Australia's largest telco Telstra, who was wanted the United States for questioning in relation to allegations of fraud, while he was in charge at a utility company.

The information was posted at one time on wikipedia, and since then has been removed, due to threats made by Solomon Trujillo.

The previously deleted information from wikipedia can be found at: