Apple to settle lawsuit on app purchases by kids

Apple could pay up to $US100 million after it agreed to settle a class action lawsuit that said customers were charged when their children unwittingly bought apps from the company's online store, a court filing shows. 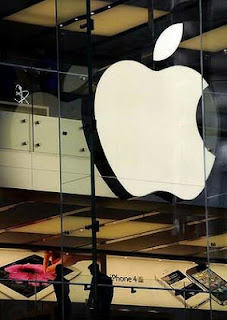 Under the proposed settlement, Apple has agreed to provide a $US5 iTunes store credit to as many as 23 million affected customers, the court filing said. The final settlement figure may vary.

Also, those claiming $US30 or more from Apple may choose to receive a cash refund instead of an iTunes store credit, according to the filing.

The lawsuit, filed by five parents in 2011, involved allegations surrounding purchases in certain downloaded apps, which plaintiffs claim were made by children without the knowledge or permission of the account holder.


The lawsuit also alleged that "Apple failed to adequately disclose that third-party game apps, largely available for free and rated as containing content suitable for children, contained the ability to make in-app purchases."
The proposed settlement requires court approval. The court will hear the settlement on March 1.
Apple could not immediately be reached for comment outside of regular business hours.

A misleading and deceitful practice supported by Apple sees a class action lawsuit.

Apple is not a stranger to controversy, and breaches of privacy of its customers.

Apple was caught out using customer information from the stocks app.

The world has to wake up that Apple is using customer's private data from 'the cloud' storage, a technology that is supported by many manufacturers in order to gain access to private information.