Lawyers launching a class action over claims Vodafone did not offer a reliable mobile phone network will seek "tens of millions" of dollars on behalf of thousands of customers. 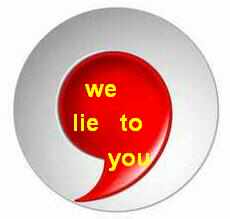 Law firm Piper Alderman announced on Tuesday it would go ahead with the long-mooted class action after it secured funding from Litigation Fund LCM to sue the telco.


This class action is going to take a long time to play out and there are no guarantees for consumers that they will receive compensation if it goes to court - our fears are that this will turn into a lawyer's picnic.
Elise Davidson, spokeswoman for the Australian Communications Consumer Action Network

Sasha Ivantsoff, a partner with the law firm, said it planned to launch the action in the next three months after emailing 23,000 Vodafone customers who completed a survey and indicated their intention to join the class action.


Legal action against Vodafone was first threatened more than two years ago when issues with its network were brought to light by customers and the media.

The action was threatened over dropped calls, bad reception and poor data performance, but stalled after the firm failed to secure funding to back it.

Mr Ivantsoff said the action would cover people who were Vodafone customers in 2010 and 2011.
"They will need to re-enter their details, provide us a bit of information about how much money they were spending each month with Vodafone and that's pretty much it," Mr Ivantsoff said.

Vodafone reported that it lost 443,000 customers in the 2012 calendar year, with customers deserting the telco in droves since network issues were first brought to light

On its website, Litigation Fund LCM states it "prefers" to undertake projects in which the relevant legal claim is for at least $2.5 million. Gordon Grieve, Piper Alderman's chairman, could not quantify exactly how large the damages claim against Vodafone would be, but estimated it would be "in the order of tens of millions" of dollars.
Mr Ivantsoff said the firm has agreed to give Litigation Fund LCM 15 per cent of the total amount of damages if the matter settles successfully before the end of May or 33 per cent thereafter.

Vodafone would have to pay at least $50 million in compensation for 23,000 claimants to recover the cost of a two-year contract. If Vodafone paid this, LCM would take $18.15 million, plus legal costs, leaving about $30 million to be shared among 23,000 people.

Vodafone said in a statement that Piper Alderman had not contacted it about the action, but it was aware the firm the firm was set to announce a lawsuit. The telco said the law firm was known for promoting class actions, but had not "sought to discuss" claims of any customers with it.

Asked why it took more than two years to put together a class action, Mr Ivantsoff said that it took "a lot of work" to investigate the nature of the claims against Vodafone.

"We envisage being able to approach Vodafone sooner rather than later with the nature of the case, open some discussions and if they are unsuccessful then our objective is to file proceedings within three months," he said.

Elise Davidson, a spokeswoman for the Australian Communications Consumer Action Network, the peak body that represents consumers on communications issues, said that instead of taking part in the class action customers unsatisfied with Vodafone's network should contact the Telecommunications Industry Ombudsman, a free service set up to resolve complaints.

"This class action is going to take a long time to play out and there are no guarantees for consumers that they will receive compensation if it goes to court – our fears are that this will turn into a lawyer’s picnic," Ms Davidson said.

Clarification: This story originally stated Piper Alderman was after "at least" $2.5 million in damages. Mr Ivantsoff originally said the firm was after that amount but this was later clarified as being "tens of millions" of dollars by Piper Alderman chairman Gordon Grieve.

The Australian legal system under it's general policy favours corporate fraud committed against the masses.

The Australian consumer watchdog the ACCC should have been taking Vodafone to the courts.

Any puny sums won in the class action law suite would be an insult.

The corporate media make it sound like an exorbitant amount of money the 'tens of millions', to the 443,00 unsatisfied customers.

Another win for the legal system and not for the peasants.