HOUSEHOLDS face losing up to $109 million from their family savings as the Federal government moves to seize cash from inactive bank accounts. 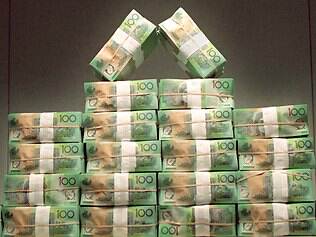 After legislation was rushed through parliament, the government will from May 31 be able to transfer all money from accounts that have not been used for three years into their own revenues.

This will mean that accounts with anything from $1 upwards that have not had any deposit or withdrawals in the past three years will be transferred to the Australian Securities and Investment Commission.

The law is forecast to raise $109 million this year as inactive accounts for three years or more are raided by Treasury.


The money can be reclaimed from ASIC but the process can take months.

Experts warn this will have a negative impact on people that may have put money away in a special account for their children's education or decided to put an inheritance in a separate account for a rainy day.

The previous legislation allowed for bank accounts to remain inactive for up to 7 years before the money was transferred to ASIC.

Australian Bankers Association chief executive Steven Munchenberg said there is no benefit for consumers from the changes.

"It is very hard to see why this needed to be rushed through but there have been suggestions it was done more for the government's own financial circumstances rather than customers needs," he said.

Mr Munchenberg warned that unaware customers face having accounts frozen and could face months of delays trying to reclaim their won money from ASIC.

This cash grab comes as economists warn the government is on track to hand down a $15 billion budget deficit in May as company tax receipts collapse.

The government had also been committed to surpluses in future financial years, too.

But despite the introduction of some tough cost-cutting measures, the latest research from global bank UBS forecasts the May budget will show a $12 billion black hole in revenues and cost overruns of about $3 billion. The biggest pain is coming from the expected $8 billion fall in taxes from the corporate sector.

Australia, a unique microcosm, where politicians apply laws solely to the financial benefit of their corporate brethren.

Here are some responses to the article posted on heraldsun's website:


I can't believe the way this country is going. we have big government people and it needs to be trimmed. not only do we not have any real property rights. we now no longer have any real rights to our finances. this undermines capitalism in australia and the security of the banking establishment in my opinion. Back to the Moneybox.


What is this cr@p? The government shouldn't be even looking at our accounts to see whether they are active or not. Keep your mitts of our money you dogs.


This is absolutely outrageous. Bank accounts are private property. No government or governmental body has any right whatsoever to seize the money in a bank account, let alone after 3 years. It is clear that we Australians have become dangerously complacent when it comes to just what politicians in this country think they can do in terms of our assets and finances. It is time a line was drawn fimrly in the sand.