Australia's (illegal) drug manufacturing and distribution industry is worth approximately $1.2 billion monthly. The proceeds of crime are used in various ways ranging from money laundering in casinos, businesses to reinvestment in other illegal activities.

Information withheld from the public, suggests that approximately two months ago the crime syndicates have successfully been using counterfeit one hundred dollar notes on the unsuspecting  public which have made their way down to Melbourne. 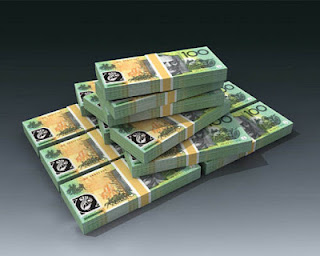 Banks regularly check for fraudulent currency, a move that the general populous may not be aware of.

The criminal activities of these people ranges from organised luxury car thefts (with the help of corrupt police and road traffic authorities), to prostitution and drug distribution.

Australia has imported many of these criminals under the 'asylum seeker' banner.

This is not new information, but rather has been going on for decades, with a policy of little or no intervention from authorities.