When contacting legal firms with regards to corporate or government fraud, most shy away when it comes to open interviews or even taking on matters as there is a small detail called precedence which is not to allow judgements to be in favour of the general population, and if some do, certainly not to be publicised by the ‘lap dog’, the corporate media.

Information in this article has therefore been provided from a source within the industry that does not want to be identified publicly for fear of persecution and/or job loss.

Most people may be aware of the relatively new ‘hoon’ laws introduced to various states at various times to allegedly combat unruly road behaviour with the seizure of the perpetrator’s vehicle, impounding it, and if caught again, delegating it to the crushers. 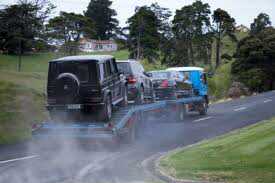 As mentioned by the anonymous source, what the (ignorant) masses are not aware of is that any registered vehicle is government asset or in simpler terms government property, and therefore can be seized or impounded or confiscated or clamped at any time.

"A non registered vehicle cannot be legally clamped or confiscated by any authority", the source said.

It is widely accepted that the second biggest purchase of the average family is the motor vehicle. To the layman, the shelling out of many tens of thousands of hard earned and saved family dollars  to purchase of a vehicle and take a photo with the salesman congratulating the new ‘’owners’ is nothing more than another photo to be added to the government asset pool.

There are many treacherous legal secrets withheld from public knowledge, where some media organisations will be quick to label as ‘conspiracy theories’ rather than actual facts buried within the legal system, deliberately described in ‘legal jargon’ so that the ‘layman’ will not understand.

Such are the intricate workings of Australia’s ‘basket case’ legal system.