Debt collection is illegal in Australia

Quite simply put without any “bells and whistles”, the collection of debts via ‘debt collectors’ is illegal. 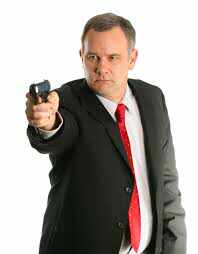 The authorities will have the uneducated herd population believe otherwise, as this has created an entire industry worth hundreds of millions of dollars annually, at the expense of the lower class citizens, from new businesses to law firms cashing up from the matter at hand.

Information has been obtained from legal specialists, under the condition of anonymity in an interview, which the sources state that debt collection is illegal. References, quotes  and legal terminology was used to back this information up, which currently will not be posted by corpau.

Most of the customers of debt collectors are low class or low income earners, who have got themselves into financial strife. These people are also vulnerable prey to so called ‘authorities’ and easily succumb to illegal ‘suggestions’.

Ignorance of the law by the masses together with keeping information away from them, by the authorities is another method that corporate fraud is allowed to prosper in Australia at the financial expense of the masses.

Another fraud supported by the 'authorities'.

Groundbreaking... You can't say why its illegal, only that it is... fantastic.

Oh.. the moon's made of cheese you know, but i can't show you here how I know... just trust me that it is.