POLICE have abandoned one in 10 attempts to use covert methods in investigations following scrutiny from a new overseer. 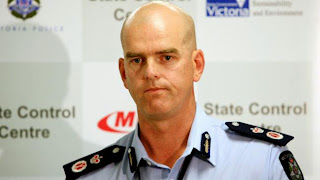 These include the use of phone taps and surveillance devices, covert searches, and interrogations in which persons are legally obliged to answer.

The new Independent Broad-based Anti-corruption Commission, which started operation in July 2012, made no applications between February and July this year.

The PIM, set up after an explosion in the number of phone taps in Victoria, says police withdrew six of 57 applications.

Police declined to explain to the Herald Sun the reasons for the withdrawals.

In its annual report, the PIM says two were shelved after its staff "made submissions as to the merits" of the applications in court. The other four never made it into court after discussions between police and the PIM.

PIM advocates appear in court whenever an investigative body, such as police or anti-corruption investigators, applies to use invasive tools such as phone taps.

Before the PIM's creation, investigative agencies had applied for these warrants unopposed.

"On most occasions, the PIM had questions and raised issues in relation to applications," the PIM report says. Its says its questions were dealt with in a "satisfactory manner".

The PIM was set up after Ombudsman George Brouwer warned in 2011 that phone tap applications were not subject to sufficient scrutiny, creating the potential for misuse.

Concerns about phone taps were raised during investigations that followed a rift between former police commissioner Simon Overland and his former deputy, Sir Ken Jones.

The Herald Sun has reported that in the three years to 2011, every phone tap application by police and the former Office of Police Integrity was granted.

The PIM report shows the police Professional Standards Command made six applications, all granted without challenge by the PIM.

The Office of the Chief Examiner made one.

Victoria Police described its relationship with the PIM as "productive".


Another criminal organisation that cannot be touched., which was headed by (Teflon) Simon.

The joke in the industry was "Simon Says" with reference to the children's game.

Victoria Police is a business (ABN: 63 466 481 493) and is considered as one of the most corrupt police corporations in the country.

The police function as debt collectors for the Australian government (an act that is unlawful).

Victoria is truly a police state, something to which the masses have not yet awakened to .