A NORTHCOTE resident says her pleas to an ­electricity provider to get rid of the smart meter she's blaming for her tinnitus are falling on deaf ears. 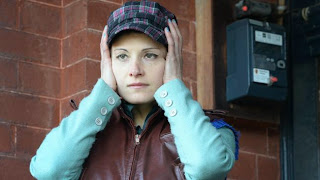 Vasiliki Erophile is calling for residents to have access to an opt-out clause similar to Holland and the UK where people can refuse similar technology.


Ms Erophile said she started getting tinnitus - a condition that causes ringing in the ears - after moving into her house, which has a smart meter installed next to her bedroom.

"I'm just exhausted because I can't get any sleep with the constant ringing in my ears - sometimes it's so bad I feel as if my head's ­going to explode," she said.

"Even when I sleep in ­another room in the house, I still get the ringing but it's not quite as bad." Ms ­Erophile said when she stayed at friends' houses where there were no smart meters, the problem went away.

She said a doctor had diagnosed tinnitus and given her a letter of support in a bid to get CitiPower to remove the meter. But despite several requests, the company has refused to remove it and ­reinstall an analog system.

CitiPower spokesperson Lyndall King said the company was unable to switch customers back to an analog system, regardless of the reason for the request.

She said the State Government had mandated the smart metre program, with 2.5 million to be installed by the end of 2013.

The company's website states the radio-frequency exposure from smart meters is lower than other devices such as mobile phones and baby monitors.

What the media re NOT telling you is that you can choose NOT to have 'smart meter' installed at your premises if you so desire.

Installers are bullying people (especially the elderly) as they obtain a fee for installing the meter, therefore it is in the installers best financial interest for the customer to install such a meter.

There is NO lawfully passed act that mandates a 'customer' to have a 'smart meter' installed.