Your fingerprints stored by Apple and the NSA

The new iPhone 5S has arrived!

Yipee shout the mindless Apple fanboys, and the remarks fly high from the Android drone army.

One thing is certain in this so called smartphone war, is that your information is no longer yours.

YOU do not have ANY rights any more to privacy, as your information is no longer yours but apparently the property of 'advertising' or 'marketing' companies.

Now, with the advent of the fingerprint scanner in smartphones, Apple has access to your fingerprint information with the new iPhone 5S. 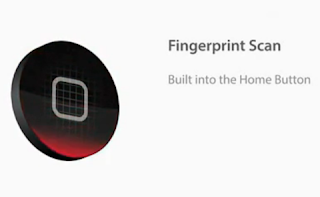 Along with Apple, so does the United State's NSA (National Security Agency), for the sole purpose of cataloging everyone.

Privacy laws are brought into play by corporations against the masses, and not vice versa as some may wish to believe.

Individuals (citizens) are prosecuted by 'privacy' breaches and not any person working for the corporatocracy.


Why would the NSA  keep information on e.g. famer Joe in Hobart Tasmania?

Surely for terrorist reasons, NOT!

Another tool used to enslave the masses welcomed with open arms and cheque books.

No wonder the ruling elite call the masses canon fodder.

A little bit of Nazi occupied Germany cataloging for everyone on the planet, produced by corporations, supported by governments.