How the government let a killer flee the country

There is literally nothing worse for a family, than to find out that the killer of their beloved son was let loose, by a legal system (that failed them), only to find out later that the government let him flee the country, only to enjoy a life to the fullest after killing someone. 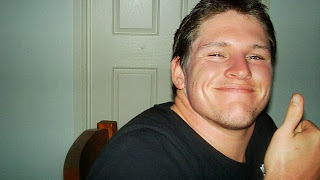 This is the reality Peter and Fran Hofstee from the Gold Coast had to face when their son Dean ( pictured above) was killed by Indian national Puneet Puneet.

This is not an isolated incident nor it is doubtful whether it will be the last.

Australia, is truly a lucky country, especially in the hands of corrupt rule. You can literally get away with a plethora of crimes, and not be accountable, despite what the authorities would like you to believe.

The more money you have the more you can bribe judges and magistrates, customs officers, and politicians.

To the lay person the 'legal system' is somewhat a bit of a mystery and a place where you have to pay tens of thousands of dollars per day for legal matters to be taken on your behalf, but it is really not that difficult once you understand a few basics.

The (corrupt) Australian legal system, has a policy to let criminals walk free, so that they can re-offend, where another 'customer' brings the accused to the courts for another round of dollars to be spent.

Australian law is about consent and is based on contractual law, and not any other laws e.g. Constitutional or Common Law, a fact that the legal fraternity would not want to disclose to the mere peasants.

There are too many 'cases' where justice is not given to the victims of crimes, even ones as serious as murder.

So called 'bungles' are used deliberately to let criminals walk free, provided they have made a deal with the corrupt police involved.

Australia has a policy to accept anyone under the 'refugee' banner, so this is milked as much as possible.

One (for example a criminal) can burn one's documents and claim political asylum, and have a wonderul life sponsored by the Australian government given a car, led screens, phones, furniture, even breeding a footbal team of children at the expense of hard working tax paying Australians. 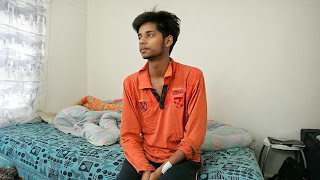 In the case of Indian national Puneet Puneet ( pictured above), Australia has a policy to import slave labour (cheap and  unskilled), as dictated by the multinationals (in this case a Telstra employee), under a back door called student visa.

Telstra (as an example) sacks hard working Australians, who need their employment to feed their families, and replaces them with cheap unskilled Indian labour workforce.

This policy is supported by the Australian government, as this lowers the value of the Australian worker, and places them into another class, the low socio economic class, which is easier to control.

As reported, Punnet Punnet, obtained his work colleagues passport and fled the country on it.

It is unfanthomable that the Australian goverment let a criminal out of the country, yet when one does not pay a bill (outstanding invoice) one is arrested. Could this act have been done deliberately?

Australia's legal system is a farce littered with corrupt officials and enforcers.

"If he consents there is no reason why he couldn't come back, certainly within a week,'' he said.

However Prof Rothwell warned the case could potentially drag on for years if Puneet fought his extradition.

"In any legal system, there are multiple levels of appeal upon which someone subject to extradition can seek to avail themselves,'' he said.

"But that is dependent on financial means, because obviously once you start employing lawyers and working through the legal system it can take considerable time.''

As mentioned previously in this artcile, the law is all about 'contractual law', i.e. 'consent', as affimed by law Professor Donald Rothwell.