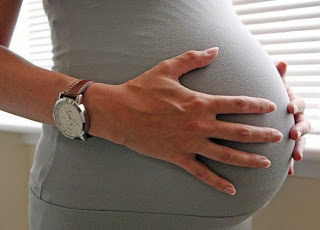 A pregnant woman in Britain has had her unborn baby forcibly removed by caesarean section and put up for adoption by social services.

Social services workers for Essex County Council obtained a court order to sedate the woman and take her baby in July last year because she had suffered a mental breakdown.

The woman, who is unnamed for legal reasons, is an Italian who had travelled to Britain at the time for a training course with an airline.

She reportedly had a panic attack after failing to take medication for a pre-existing bipolar condition.

The woman called police, who took her to a psychiatric hospital and sectioned her under Britain's mental health laws.

The baby was forcibly removed by caesarean five weeks later and the mother was returned to Italy.
The baby girl, now 15 months old, is still in the care of British social services.

They are refusing to give her back to the mother, despite her claims she has fully recovered.

A Chelmsford Crown Court in February ruled the baby should instead be placed up for adoption due to the risk the mother could suffer a relapse.

"I can understand if someone is very ill that they may not be able to consent to a medical procedure, but a forced caesarean is unprecedented," the woman's British lawyer, Brendan Flemind, told the UK’s Telegraph.
"If there were concerns about the care of this child by an Italian mother, then the better plan would have been for the authorities here to have notified social services in Italy and for the child to have been taken back there."

The case will be raised in British Parliament this week by a local MP.


ANYONE can be diagnosed as being unstable / bipolar in order for the authorities to gain control of you.

These cases make it out into the public arena, and can be seen as test cases as to how the 'sheeple' react.

This is a clear indication that YOUR child is NOT your child but rather property of the 'state', as is the case in Australia.

Every action allegedly is done for the benefit of the (state owned) child.

Another action analogous to the concentration camps of Germany.

New policies are being put in place to deal with the 'mentally ill' including sterilisation.