Melbourne must slash its local councils from 31 to just one if it is to plan services and large-scale infrastructure effectively, a former CEO of the City of Melbourne and aide to premier Jeff Kennett says.
And Australia should cut its levels of government to just two - national and regional - rather than the current three tiers.

''Our federation and the sheer number and layers of organisations that involve themselves in decision making … slows us down,'' said Elizabeth Proust delivering the Planning Institute's annual Kemsley Oration, the industry's key annual address, late last year.

Mr Kennett on Thursday did not support Ms Proust's call for one Melbourne council, but backed a dramatic expansion of Melbourne City Council's boundaries. 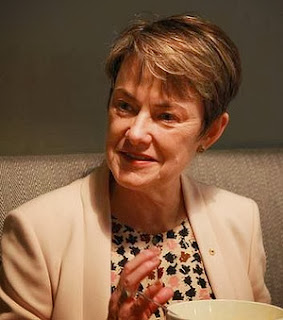 ''I think it would be a natural reform for the future,'' Mr Kennett said, although he said he ''would not stipulate … how many neighbouring councils [Melbourne] should absorb''. He said council amalgamations by his government in 1994 were ''the right thing to do'', and it would be worth reviewing the numbers of councils.
But Ms Proust said the amalgamations ''did not go far enough'' as too many councils were ''too small to be effective or efficient''.

Ms Proust was chief executive of the City of Melbourne from 1990 to 1995, and then secretary of the Department of Premier and Cabinet.

During the tumultuous Kennett era, councils in Victoria were slashed from 210 to 79. ''That number is still too large,'' she said. ''As is the number of 31 councils which cover Melbourne'' because Melbourne's size and scale demand city-wide vision and governance.

Melbourne will grow from 4.25 million people to 6.5 million by 2050, according to the Napthine government strategy.

Ms Munro headed Moreland Council and the old St Kilda Council in Melbourne in the 1990s. She said creating a greater Melbourne council made sense, but said the mayor would become ''a real competitor to the Premier of Victoria''.

Lord mayor Robert Doyle said he would be ''violently opposed'' to one greater Melbourne council, with the city's CBD model working well. ''It works for Brisbane, but I don't think it would work for a Sydney or Melbourne,'' he said. ''You lose a bit if you try and be all things to all people.''

The Planning Institute's Victorian president, Brett Davis, also cautioned that a merger of more councils was simplistic and might not address the city's real governance challenges.

This is a 'fact' that the corporate media (deliberately?) fails to report.

The 'fraudulent' businesses are worth approximately $33 billion annually.

There are approximately 20 landmark cases in the court system about to expose the corruption of the Australian government, and its related 'businesses'.

Corpau will be posting information exposing the corruption at various levels of government and policing, as they become available.
Posted by AuCorp at 11:05 PM