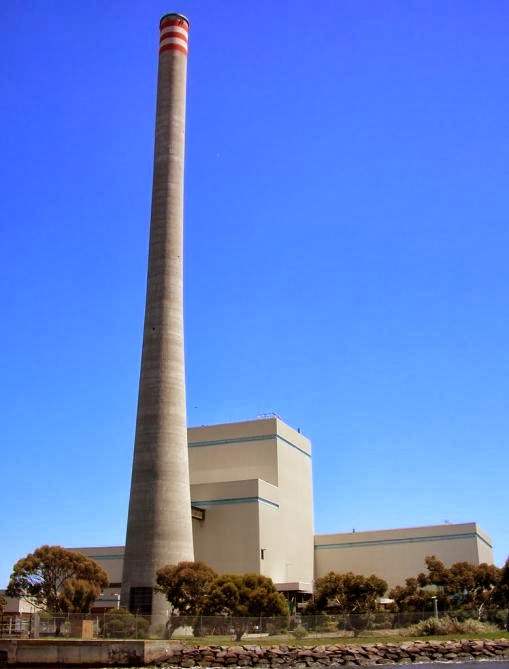 In the week  beginning on Monday the 13th of January 2014, Melbourne (and Victoria for that matter) has experienced one of the hottest periods on record in over 100 years, with the temperatures in the 40's, there can be no denial whatsoever with regards to accuracy of the event.

What is most concerning is the lies that follow after the even with regards to the availability of electricity to households.

Most Victorians should be familiar with the fact that most of the electricity generated is from the south eastern part of Victoria where Hazelwood, Loy Yang and Yallourn power stations reside.

There are also many other power stations scattered throughout the state, which are gas turbine, gas thermal /reciprocating and hydro electric.

During the past generation (25 years) Melbourne has grown 30% in population according to official figures.

During this period there has been little or no infrastructure projects to cater for the expanding population with regards to water storage / electricity generation, except for the controversial ‘Money for Mates’ fraudulent businesses dealings of the desalination plant at Wonthagi.

In order to save on operating costs, power companies ration the supply of electricity, to domestic customers (but NOT industry), creating greater profit for the companies and their directors, at the expense of providing an ‘essential service’ that what electricity falls under.

During the ‘heat waves’ which inevitably happen every summer at various periods, and have been happening, the public are to blame for greater electricity usage, each year, e.g. by turning on air conditioners, by the corporate media / corporations, instead of focusing on the lack of provision of an ‘essential service’ by the ‘corporations’.

What the corporate media also fail to mention is that Melbourne also has a power station in the bayside industrial suburb of Newport.

The Newport power station ( gas thermal - 500MW capacity) is literally idling constantly, as it is cheaper to have it idle, than turning it off and back on again, but power is NOT really supplied to customers, as the corporations would have to purchase the electricity, but rather power is cut by the corporations to households in order to maximise their profits.

Melbourne’s heat wave is another big win for the corporate conglomerate, with the help of the government and its lap dog the corporate media, but then again all this information could be easily dismissed as a ‘conspiracy theory’ or some one reporting the information from the ‘tin foil hat’ brigade.