Police harassment to admit to crimes not committed 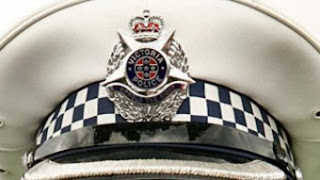 To the average Australian when asked what a policeman (or woman) is or what the role of the police is supposed to be, many definitions can be given by the general populous, including, peace keepers, enforcers of the law, revenue raisers (in relation to speed camera infringement notices), to just plain corrupt cops.

In Australia it is commonly accepted that the police are government public servants, employed to keep law and order, and respond to criminal activities.

According to Black’s Law Dictionary the definition of police is as follows:

Police is the function of that branch of the administrative machinery of government which is charged with the preservation of public order and tranquillity, the promotion of the public health, safety, and morals, and the prevention, detection, and punishment of crimes.

From what the general populous ‘believe’ the police are, to what the factual reality is, there is quite a significant difference.

The police are ever increasingly being caught out committing illegal / ‘unlawful’ activities by the general populous, only  to be broadcast on the global arena, via social media websites which in some cases the ‘evidence’ is erased by governments.

What the majority of the general populous do not understand is that when police approach you for questioning (for an alleged ‘offence’), the police are actually trying to engage you into a binding ‘contract’.

If this (contract) is not established or consent given (most times via police intimidation / threats) at the beginning, then there is NO ‘LAWFUL’ AUTHORITY over you whatsoever.

Corpau has been made aware of a matter involving police from the station of Melbourne’s north western suburb, of Avondale Heights attempting to extort a confession from  a law abiding citizen for  an alleged offence that was never committed by that individual.

The two female police ‘officers’ proceeded to say that if the person owned up, since they have a ‘clean record’ they (the police) will ‘let go’ the individual. The alleged offence was in relation to apparent ‘shoplifting’ by the harassed individual.

The police acted without any investigation into the matter or even viewing the closed circuit video footage of where the alleged offence occurred.

Some frightened individuals, or people of a less strong character, could easily succumb to police intimidation and admit to a crime that they factually never committed.

The real question begs to be asked and answered, is how many people are ‘criminals’ or even in prison due to corrupt police and the judicial system incarcerating them for ‘alleged’ crimes committed.
Posted by AuCorp at 2:59 PM